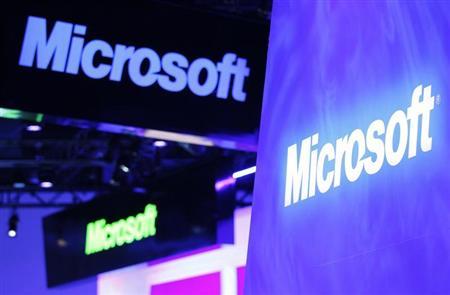 U.S. tech writers have given Microsoft Corp’s new Surface tablet-laptop hybrid largely negative reviews, casting a shadow over the software group’s hopes to take a bite out of sales of Apple Inc’s iPad and MacBook Air.

The latest Surface runs on an Intel Corp chip and features the full Windows 8 Pro operating system, which Microsoft hopes will make the device attractive to people who want to produce as well as consume material.

It also hopes to appeal to businesses who want to give employees lightweight, mobile machines that fit easily into their technology and security infrastructure.

The “Surface with Windows 8 Pro”, as it is officially called, is available from Saturday. Windows co-chief Tami Reller said earlier this week it is a key part of revving up interest in Windows 8, launched last October but which has not gripped consumers’ imaginations.

The Surface Pro is thicker, heavier and several hundred dollars more expensive than the first Surface RT, which runs on an ARM Holdings Plc-designed chip and is not compatible with old Microsoft programs.

Available in 64 and 128 gigabyte versions, both with wifi-only connectivity, the Surface Pro starts at $899, excluding a $120-plus keyboard. That is $200 more expensive than a comparable iPad and closer in price to the 64 GB MacBook Air laptop at $999.

Microsoft has said the device is the first to bring a full operating system to the tablet format without compromising quality. But reviewers found the device uncomfortably stranded between a tablet and a PC, with many compromises.

“It ran all the software I threw at it – both the new type and the old desktop type – speedily and well,” wrote Walt Mossberg on the All Things D tech blog.

“But the Pro has some significant downsides, especially as a tablet … It’s too hefty and costly and power-hungry to best the leading tablet, Apple’s full-size iPad. It is also too difficult to use in your lap. It’s something of a tweener – a compromised tablet and a compromised laptop.”

Mossberg said the Surface lasted less than four hours on his standard battery test, half the performance of an iPad. He also expressed concerns about the usable memory on the 64 GB version.

“The Pro is definitely snappier and more ‘performant’ (to use a bit of Microspeak),” wrote Mary Jo Foley on the ZDNet tech blog.

However, she added: “I keep scratching my head over who Microsoft expects to buy the Surface Pro. It’s not as good of a tablet, in terms of weight/battery life, as the Surface RT is. But it’s also not as good of a Windows 8 PC as other OEM-produced devices, coming in at lower price points with better battery life and other specs.”

Steve Kovach, writing for Business Insider, praised the specifications on the new Surface, but not the experience as a whole.

“The Surface Pro has some impressive hardware specs for such a unique form factor. It can go toe-to-toe with any other thin and light laptop,” he wrote.

“(But) you can’t rest the Surface Pro comfortably on your lap without it flopping around. You can’t adjust the angle of the screen when it’s propped on a table with the built-in kickstand,” Kovach added.

“You need to spend at least another $100 to get the full laptop-like experience with one of the special keyboard covers. At 10 inches, the screen feels a bit small for traditional desktop computing.

“The cheapest model only has 23 GB of free storage, so you’ll have to buy a separate memory card because you’ll definitely need more than that.”

David Pierce, writing on The Verge tech news site, singled out the high quality of the screen, quick startup time, the USB port on the charging hub and pressure-sensitive stylus.

But he criticized the lack of Microsoft’s Office suite of applications – which have to be purchased separately – and its general awkwardness.

“It’s really tough to use on anything but a desk, and the wide, 16:9 aspect ratio pretty severely limits its usefulness as a tablet anyway,” Pierce added.

“It’s too big, too fat, and too reliant on its power cable to be a competitive tablet, and it’s too immutable to do everything a laptop needs to do. In its quest to be both, the Surface is really neither.”

The New KING for Netherlands