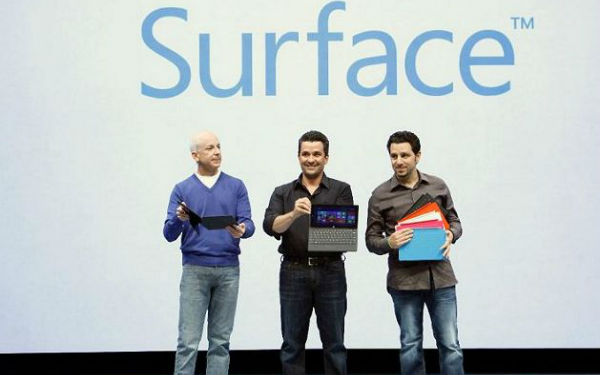 Microsoft admits that its own-brand Surface tablets could affect the firm’s relationship with some of its Windows 8 tablet OEM partners.

The Redmond software giant conveyed these thoughts via an annual report submitted to the Securities and Exchange Commission yesterday afternoon.

“Our Surface devices will compete with products made by our OEM partners, which may affect their commitment to our platform,” wrote Microsoft, on page 14 of the document.

The firm went onto admit that it might struggle to attract developers to build apps for Windows 8.

“Even if many users view these devices as complementary to a personal computer, the prevalence of these devices may make it more difficult to attract applications developers to our platforms.”

Microsoft first unveiled the own-brand Surface tablets in Los Angeles last month, with the ARM-powered Surface and Intel-backed Surface Pro expected to reach the market in October. This may well coincide with the launch of Windows 8, with the new operating system due to launch on Oct. 26.

Despite at first being heralded as just a vehicle for driving Windows 8 adoption, the Surface has been heavily promoted by senior Microsoft execs in recent weeks.

Steve Ballmer vowed that Microsoft will use the Surface to do battle with Apple, while Microsoft founder Bill Gates claimed that the tablet could be a real game changer in the tablet market.

The iPad is for grandparents, not just geeks