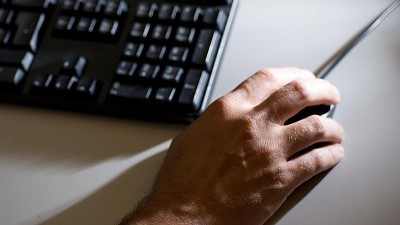 Indirect communication via email and conference calling is helping kill the art of face-to-face conversation, according to a poll.

It found that 68% of respondents preferred to deal with other people through emails or on the telephone even if they were based in the same building.

Some workers said they wanted to keep their distance from colleagues or clients to avoid awkward questions and being trapped into taking on more work.

Under a third (32%) liked to have face-to-face conversations to solve dilemmas, saying direct chats proved quicker to deal with a range of issues.

But more than half (52%) said they felt less confident dealing with people in person because they had become so reliant on using email, the phone and Skype.

The poll of 600 people by officebroker.com found email was the most popular method of communication among workers because of the ability to keep a written record.

But almost all (97%) said they also believed it was important to “put a face to an email address” because it helped forge long-term working relationships.

A spokesman for officebroker.com said: “Technological advances have revolutionised the speed at which we are able to communicate and the amount of information we are able to share in a short period, which can only be viewed as a good thing for employees and employers alike.

“However, what our survey has revealed is that many workers have become so comfortable sending emails all day, they have lost the ability to communicate as effectively in person and, as such, avoid doing so where possible.

“Being asked awkward questions or being cornered into taking on new tasks were two of the main reasons cited as to why many workers preferred to keep their distance from colleagues and clients, using email as a barrier to these issues. Many viewed the phone as a compromise as they were able to keep their distance from the person they were speaking to but could openly discuss issues and let the conversation flow where required.”