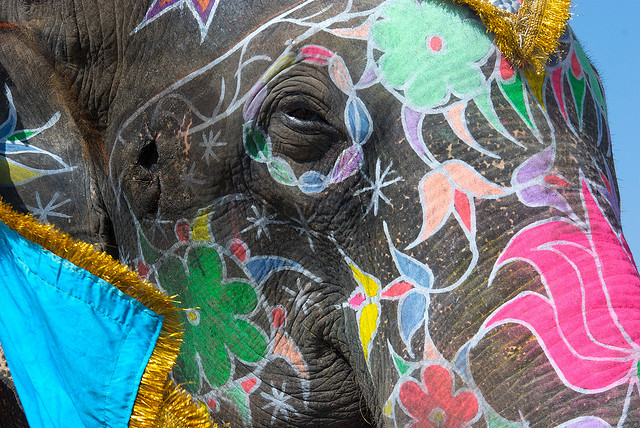 INDIA. The name usually brings to mind imagery of a land filled with snake charmers, magic carpets and more recently, characters from the Oscar-winning Slumdog Millionaire. But what most of people don’t see is that India is also a technology hub booming with innovations and inventions, such as the world’s cheapest car and cheapest tablet, solar power for cooking, and washing machines to churn lassi. From time immemorial, India has attracted attention from the outside world, including kings and armies from distant lands vying for India’s resources. The modern day scenario is actually not that different; today global conglomerates have identified the potential that the nation has to offer in terms of human capital, infrastructure or resources.

However, recent times have ushered in a new era of optimism that has boosted the nation’s morale and given people the confidence to invest in their own ideas and develop highly successful business models. This being said however, every year, hundreds of graduates make their way out of prestigious Indian institutions like IIMs and IITs providing India with a surplus of intelligent talent that has the potential to bring forth innovative ideas. But there are impediments…

Lack of venture capitalists and angel investors: Startups usually find themselves in spots where they lack the necessary funding to evolve their ideas into scalable and profitable business models. While the ideas offer tremendous potential, the lack of capital investment leaves projects unfinished, disheartening an effervescent, talented bunch that chose a risky path to go beyond the extraordinary.

Once failed, forever gone: Indians by culture fear failure. Once burned, many aspiring entrepreneurs often drop their dreams instead of picking themselves up from the ashes and rising with fresh ideas. Walt Disney was told that a mouse would never work as an entertainer, Michael Jordan never made it to his high school basketball team, Steve Jobs was sacked from his own company and Oprah Winfrey was deemed ‘unfit for television’. Yet these people kept their dreams alive, and their persistence, despite their failures, placed them where they are right now.

Lack of time and patience: What most people don’t realize is that a startup does not yield results from its inception. While some companies may break even within the first year, others would take 3-5 years to make a mark. It is important to be focused and driven in order to make the venture sustainable and profitable. While one may face several challenges while growing a startup, the key factor is to remain patient and learn from mistakes.

Focus on product innovation: India is capable of developing the next Google, Facebook or Amazon. The country holds the necessary talent and potential that can drive the creation of the ‘next big thing’. What it requires is an environment that is conducive to taking risks, and mindsets that are open to understanding how a particular innovation can change lives.

What India needs at this point is a group of free spirited, adventurous and creative entrepreneurs who are willing to take risks and place their unique offerings into today’s market. Persistent efforts allow Indian minds to reiterate their ideas and create a product of global relevance. With the right kind of support in terms of infrastructure, financial backing and startup mentorship programmes, entrepreneurs have a direction to steer their venture and guide their business successfully. A startup needs to monitor the ecosystem and understand the relevance of their offering in the market. The lack of a targeted and focused program creates an imbalance, thus eliminating the possibility of a startup growing beyond a certain phase.

Companies are realizing the value of these startups and forums are being organized to encourage the growth of these innovative ideas. Venture capitalists are seeking new innovators to bring up the ‘next big thing’ and young entrepreneurs are discovering new platforms to socialize on and partners who they can work with towards making their innovation a reality. Startup focus programs and iSpirt are some great examples that showcase the emergence of smaller companies that are looking to evolve and bring their offerings to the market.

Innovation has never been difficult in India, a nation buzzing with creativity and ideas. However, bringing the innovation to life was where the challenge lay. With more eyes opening towards the potential of the young minds in India, the country has the talent and ability to deliver a revolutionary product that can make strides across the globe. It is only a matter of time.