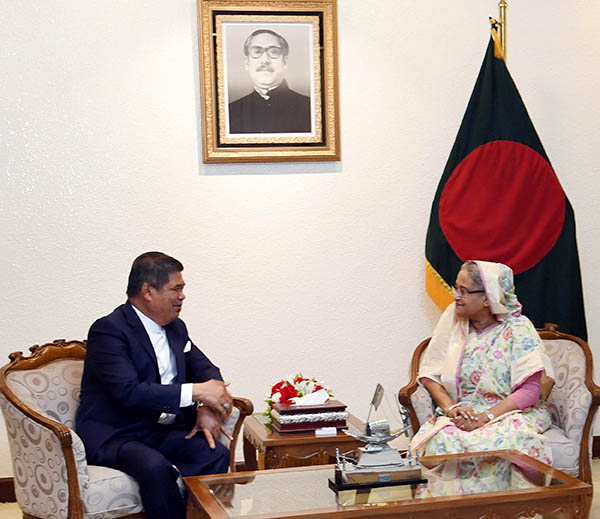 #thenewscompany :  Bangladesh and Malaysia are preparing to sign a Memorandum of Understanding (MoU) on defense training and technical cooperation.

The press secretary said the prime minister laid importance on continued international pressure on Myanmar to take back their nationals. She said an island is being developed to relocate the Rohingyas to facilitate them to live in a better condition.

Malaysian minister appreciated the gesture of Bangladesh for giving shelter to a large number of displaced Rohingays saying his country would continue support for repatriation of the Myanmar nationals to their homeland.

The press secretary said the Prime Minister and Malaysian minister expressed satisfaction over very excellent brotherly relation between the two countries and agreed to continue to promote this relation for promotion of mutual relation of the two countries.

Sheikh Hasina said resourceful countries of South and South East Asian region can expedite their development through cooperation. She recalled her visit to Malaysia in December 2014.

Sheikh Hasina briefed the Malaysian minister on Bangladesh’s progress in the agriculture sector, success of research in producing saline and drought tolerant rice and archiving self sufficiency in food production.

The prime minister emphasized on greater integrity of Muslim countries saying the fratricidal conflict is unfortunate.