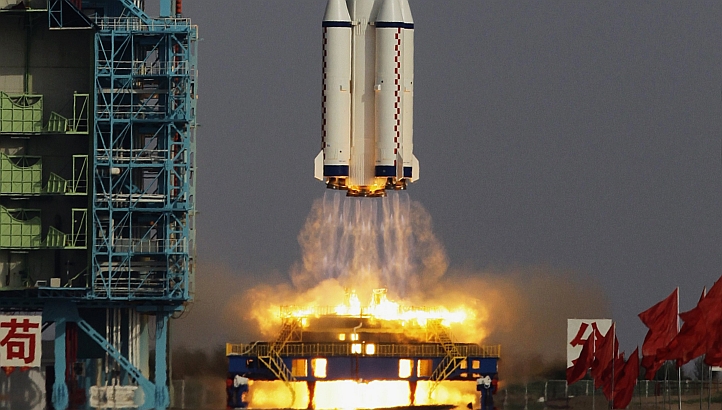 China aims to land its first probe on the moon in the second half of next year, state media reported on Monday, the next step in an ambitious space progam which includes building a space station.

In 2007, China launched its first moon orbiter, the Chang’e One orbiter, named after a lunar goddess, which took images of the surface and analyzed the distribution of elements.

That launch marked the first step in China’s three-stage moon mission, to be followed by an unmanned moon mission and then the retrieval of lunar soil and stone samples around 2017.

The official China News Service said that the Chang’e Three would carry out surveys on the surface of the moon when it is launched in 2013.

It provided no further details.

Chinese scientists have talked of the possibility of sending a man to the moon after 2020.

China’s Shenzhou 9 spacecraft returned to Earth last month, ending a mission that put the country’s first woman in space and completed a manned docking test critical to its goal of building a space station by 2020.

China is far from catching up with the established space superpowers, the United States and Russia. But the Shenzhou 9 marked China’s fourth manned space mission since its first in 2003, and came as budget restraints and shifting priorities have held back U.S. manned space launches.

The United States will not test a new rocket to take people into space until 2017 and Russia has said manned missions are no longer a priority.