BREAKING NEWS
Home Aviation & Travel Buzz Aldrin trip to the moon in 1969 : The US government reimbursed $33

Buzz Aldrin trip to the moon in 1969 : The US government reimbursed $33 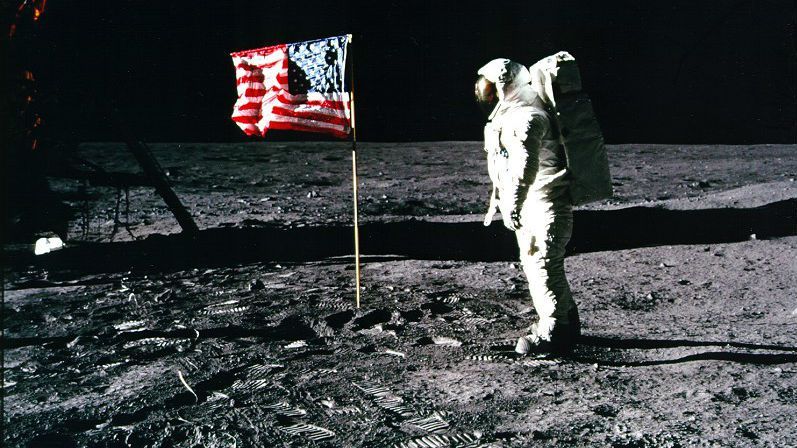 e-News® | The NEWS Company…NY, Aug 04, 2015 :  Like any other American returning home from a business trip out of the country, former NASA astronaut Buzz Aldrin filled out an expense report and a customs form when he came back from the moon. Aldrin—the second man to step foot on the lunar surface, after Neil Armstrong—recently shared the paperwork on Facebook. The records include signatures from Aldrin and a Honolulu customs inspector, and one of the most unusual itemized itineraries in history: Florida to Moon to Pacific Ocean to Hawaii, and then back home to Houston.

The official travel voucher also mentions the USS Hornet (misspelled on the form). That’s the ship that picked up Aldrin and the Apollo 11 crew after they landed in the Pacific. 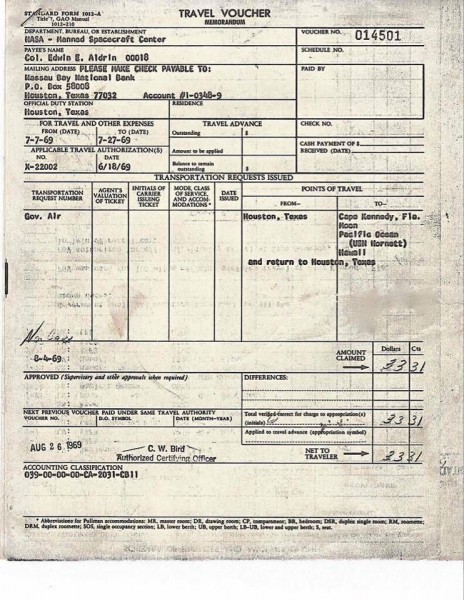 Aldrin was reimbursed exactly $33.31 (about $215 in today’s dollars) for “travel expenses”—likely the costs of having to drive his own car to and from Ellington Air Force Base in Houston, Texas. Luckily, he was not responsible for paying for actual transportation from Earth to the moon—or even to Cape Kennedy, Florida, where Apollo 11 launched, as he had a government plane for that. 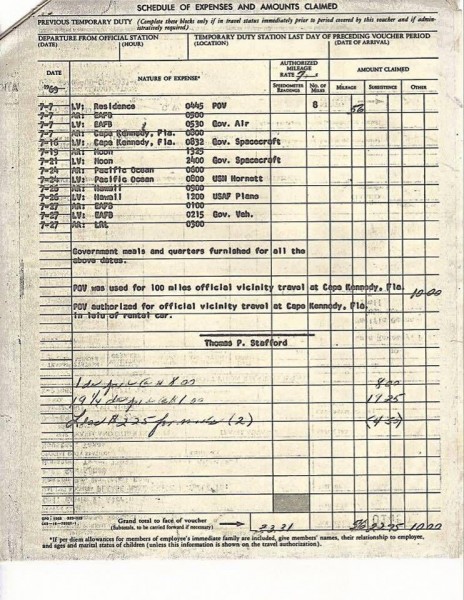 Upon returning, Aldrin actually had to declare to customs the items he was bringing back from the moon: mainly rock and dust samples, said to weigh about 50 pounds in total. The astronauts were put into quarantine for 21 days out of fear that they might be carrying undiscovered pathogens. (They weren’t). 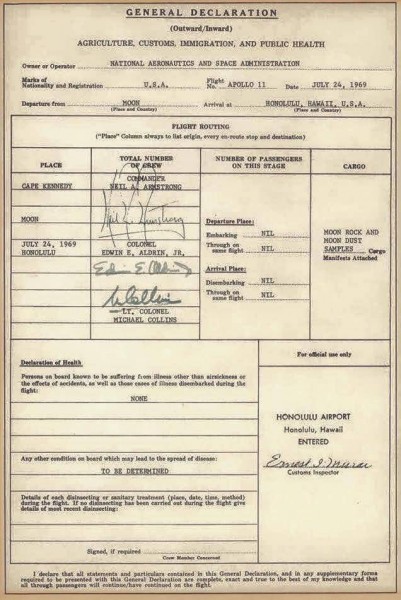 These forms might have been done more as a joke than anything, but today, astronauts still have to go through customs in the country that they land in. In a 2013 Reddit AMA, Canadian astronaut Chris Hadfield revealed that NASA kept his passport on the ground while he was in space, then brought it to him after he touched down in Kazakhstan.