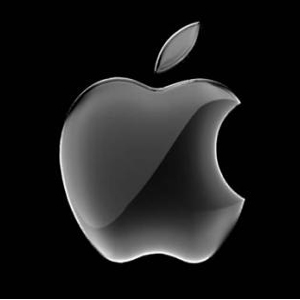 Apple did not violate patents owned by Samsung Electronics in making the iPod touch, iPhone and iPad, a judge at the International Trade Commission said in a preliminary ruling on Friday.

Apple and Samsung have taken their bruising patent disputes to some 10 countries as they vie for market share in the booming mobile industry. Apple won a landmark victory last month after a U.S. jury found the South Korean firm had copied key features of the iPhone and awarded Apple $1.05 billion in damages.

ITC Judge James Gildea said on Friday that Apple did not violate the four patents in the case. Samsung had accused Apple of infringement in a complaint filed in mid-2011. It asked for the infringing products to be banned from sale in the United States.

The full commission is due to decide whether to uphold or overturn its internal judge’s decision in January.

“We remain confident that the full Commission will ultimately reach a final determination that affirms our position that Apple must be held accountable for free-riding on our technological innovations,” Samsung said in a statement.

Apple did not immediately respond to requests for comment.

The patents in the complaint are related to 3G wireless technology, the format of data packets for high-speed transmission, and integrating functions like web surfing with mobile phone functions.

Apple has a parallel complaint filed against Samsung at the ITC, accusing Samsung, a major Apple chip provider as well as a global rival, of blatantly copying its iPhones and iPads. The ITC judge’s preliminary decision is due in mid-October.

Samsung was the top-selling mobile-phone maker in the second quarter of 2012, with Apple in third place, according to data from Gartner Inc.

Samsung’s Galaxy touchscreen tablets are considered by many industry experts to be the main rival to the iPad, though they are currently a distant second to Apple’s devices.

Apple has waged an international patent war since 2010 as it seeks to limit the growth of Google’s Android system. The fight has embroiled Samsung, HTC and others who use Android.

The ITC judge’s decision comes just weeks after the most closely watched patent trial in years. A jury in a California federal court ordered Samsung to pay $1.05 billion in damages after finding that Samsung had copied critical features of the iPhone and iPad and could face an outright sales ban on key products.

Samsung has said it will contest that verdict and work with carriers to modify its products to keep them on the U.S. market.

The case at the International Trade Commission is No. 337-794.