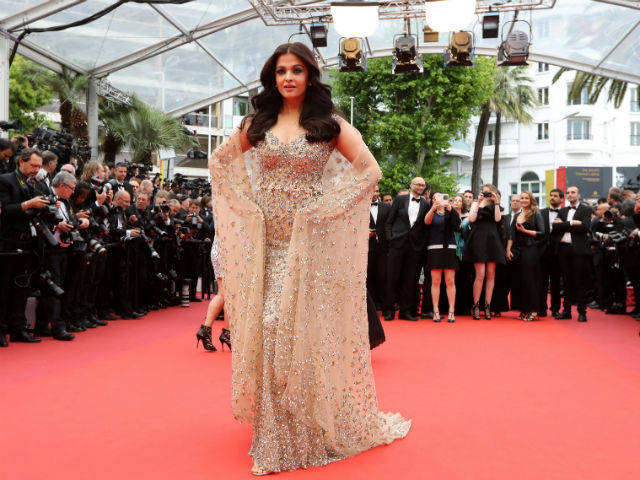 #thenewscompany – Despite her professed sartorial unpreparedness, actress Aishwarya Rai Bachchan picked the perfect dress for her first red carpet appearance at Cannes this year on Friday. The 42-year-old star shimmied down the Croisette in a metallic sheath overlaid by a sparkly floor-length cape.

It was a brave choice for Aishwarya, who rarely experiments with her look ? not least because the dress was created by Kuwaiti designer Ali Younes, not Elie Saab, Roberto Cavalli, Armani or any of the other couturiers Ash has worn with great success in the past. She stopped Cannes in its tracks. Aishwarya was attending the screening of the film Ma Loute:

Massively busy with her new film Sarbjit, Aishwarya has had little time to prepare for what is a Cannes milestone for her – this is the 15th year she will be at the film festival. Aishwarya and her four-year-old daughter Aaradhya arrived in Cannes on Friday afternoon, just hours before walking the red carpet. 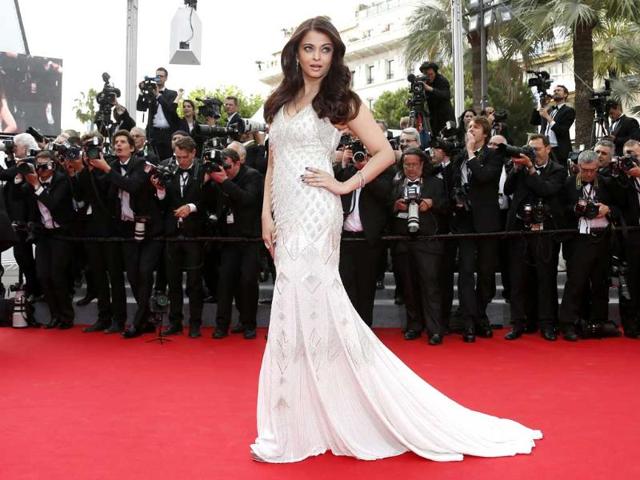 Before leaving Mumbai, Aishwarya Rai Bachchan told the press that she hadn’t decided on a dress yet and wasn’t losing sleep over it. “Troll me as much as you like,” she said. Aishwarya’s delayed departure has been due to Sarbjit, which she has been busy promoting. She’s also going to have to skip the amfAR Gala which she attends annually – Sarbjit releases on May 20 and the Gala is to be held on May 19. Aishwarya’s vacant spot will be filled by her colleague Sonam Kapoor.

Sarbjit, which is directed by Omung Kumar, is an important film for Aishwarya Rai Bachchan. It is her second film after last year’s poorly-received Jazbaa – which was the movie that marked her return after a five-year break – and the trailer of the film has generated very good press for the actress’ performance.

She stars as Dalbir Kaur, the sister of Indian farmer Sarabjit Singh who died in a Pakistani prison. Randeep Hooda plays the titular character and Richa Chadha appears as his wife. The Cannes Film Festival, which began on May 11, has already seen major stars such as George Clooney, Julia Roberts, Blake Lively and Kristen Stewart attend, as well as L’Oreal ambassadors Julianne Moore, Eva Longoria and Naomi Watts. Sonam, who walks the red carpet on May 14 and 16, is in London en route Cannes.

The Highest-Paid Software Engineers In TecH