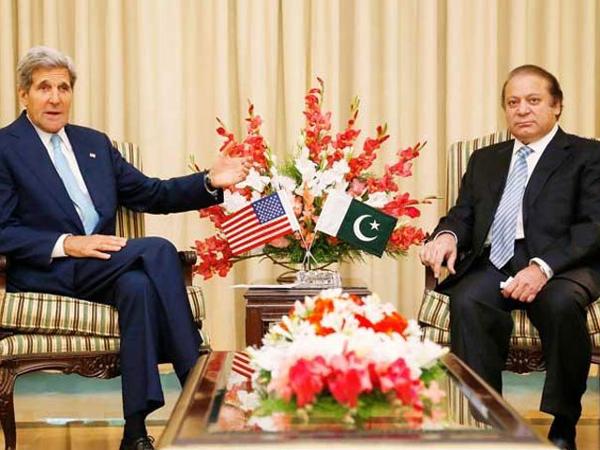 e-News® | The NEWS Company…ISLAMABAD, Jan 10, 2016 : Pakistan’s Prime Minister Nawaz Sharif has assured US Secretary of State John Kerry that his country is investigating the deadly attack on an Indian air force base and will soon “bring out the truth”, officials said.

Indian officials suspect the January 2 attack on the Pathankot base, which left seven soldiers dead, was carried out by the banned Pakistan-based group Jaish-e-Mohammed. The incident has overshadowed plans for talks between the two rival nations later this week.

“We are swiftly carrying out investigations in a transparent manner and will bring out the truth,” Sharif told Kerry, according to a statement from his office late Saturday following Kerry’s call earlier in the day. “The world will see our effectiveness and sincerity in this regard.”

Sharif said Pakistan was eliminating terrorism from its soil and would not allow anyone to use it to carry out terror operations abroad.

The attack — a rare targeting of an Indian military installation outside disputed Kashmir — threatened to undermine improving relations with Pakistan, with talks between the two countries’ foreign secretaries set to be held on January 15 in Islamabad. It came about a week after Indian Prime Minister Narendra Modi paid a surprise visit to Pakistan, the first by an Indian premier in 11 years. Modi has urged his Pakistani counterpart to take “firm and immediate action” against those behind the attack, adding that New Delhi had passed on “specific and actionable information” about the incident.

Kerry hoped that talks between both the countries would continue in the interests of regional stability, the statement said. Jaish-e-Mohammed staged a 2001 attack on the Indian parliament which brought the two countries to the brink of war. The Pathankot also attack coincided with a 25-hour siege near an Indian consulate in Afghanistan that left at least one policeman dead and 11 others wounded. Some analysts have suggested the two attacks may have been coordinated by elements within Pakistan’s powerful military, who see eternal conflict with India as their raison d’etre. Others believe the militants could have been acting independently of their former masters to try to exercise a veto over the peace process.