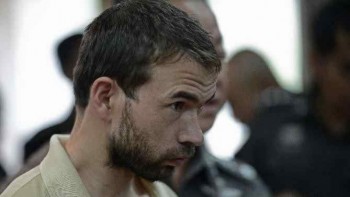 e-News® | The NEWS Company…BANGKOK, Sept 26, 2015 : Thai police on Saturday said a foreigner held in custody over last month’s deadly Bangkok attack was the same yellow-shirted man seen on CCTV placing a rucksack at the shrine moments before the blast. Authorities have earlier said it was unlikely that either of the two men detained over the August 17 blast, which left 20 dead, were the bomber in what has been an often confusing and contradictory police investigation.

“It is confirmed that Adem is the man in the yellow shirt based on CCTV footage, eyewitness accounts and his own confession,” Prawut said.

“After he placed the bomb at the shrine he called a motorbike taxi and changed his shirt at a restroom in (nearby) Lumpini Park.”

Karadag’s lawyer — who says his client’s real name is Bilal Mohammed — could not immediately be reached for comment but earlier this week had cast doubt on rumours of his confession to the crime and has said his client was not in the country at the time of the attack. The suspect now faces up to eight charges including premeditated murder, Prawut said. Karadag is due to undergo a reenactment of his alleged role in the crime — a standard Thai police procedure — starting at the shrine from 0400 GMT. 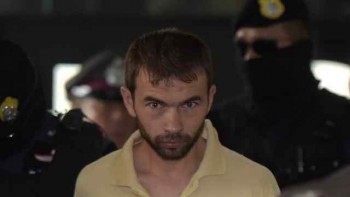 The unprecedented attack in the heart of Bangkok’s bustling downtown district last month stunned the nation and dealt a fresh blow to Thailand’s reputation as a tourist haven. The majority of the blast’s fatalities were Chinese visitors, who believe prayers at the shrine bring good fortune. More than 100 other people were left injured.

Tags: Bilal Mohammed -the same yellow-shirted man seen on CCTV placing a rucksack at the shrine moments before the blast.