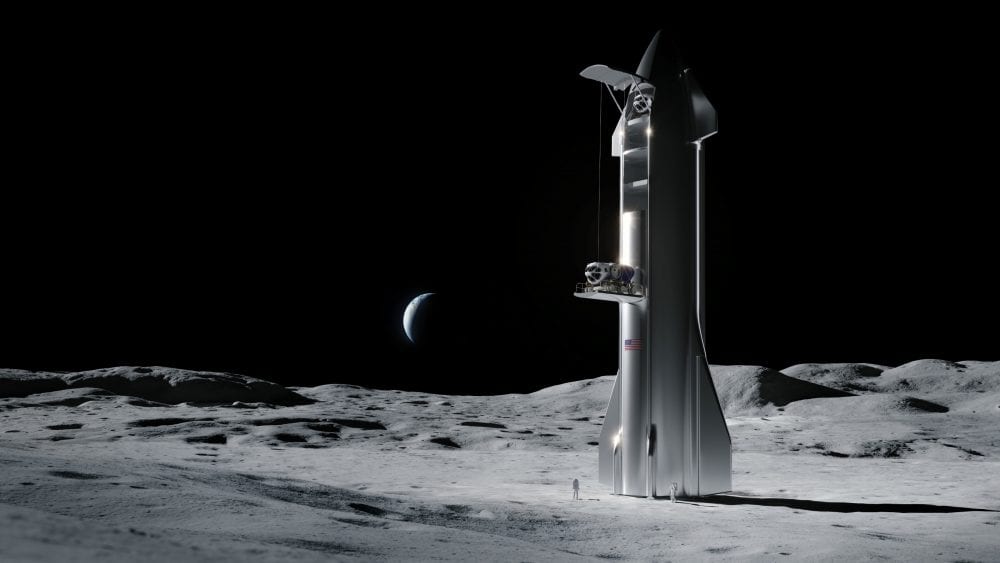 #thenewscompany : SpaceX has won yet another significant human space exploration contract with NASA. This time, the company was awarded the sole, firm-fixed price $2.89 billion milestone-based Artemis program contract to send astronauts to the Moon on the SpaceX Starship rocket and to continue development of the first commercial human lunar lander. NASA announced the award on April 16.

The California-based, Elon Musk-founded launch company beat out rivals Blue Origin and Dynetics for the massive award. The three companies received nearly $1 billion in April 2020 to design and develop Human Landing Systems (HLS) for the Artemis program over a 10-month period.

The award was made under the Next Space Technologies for Exploration Partnerships (NextSTEP-2) Appendix H Broad Agency Announcement (BAA). NASA said it intends to implement another competitive procurement for sustainable crewed lunar surface transportation services.

The outcome is a disappointment for Blue Origin, which spent considerable efforts on a three-stage Integrated Lander Vehicle (ILV) lander design. Blue Origin formed a national team of Artemis program partners that included Lockheed Martin, Northrop Grumman, and Draper. The resulting ILV design would have been compatible for launch on either Blue Origin’s New Glenn Rocket System or ULA’s Vulcan launch system.

Dynetics, a subsidiary of Leidos, developed the Dynetics Human Landing System (DHLS) – a single structure providing the ascent and descent capabilities that was also designed to launch on the ULA Vulcan launch system.

SpaceX pushed forward on its own with the development of a reusable HLS Starship, powered by its new Raptor engines and designed with two airlocks for astronaut moonwalks. The rocket is also being developed with future Mars landings in mind.

NASA said it had been working closely with SpaceX during the HLS base period of performance to ensure that Starship meets performance requirements and human spaceflight safety standards. Under the Artemis program, NASA plans to launch four astronauts aboard the Orion spacecraft for a multi-day journey to lunar orbit. Two crew members will then transfer to SpaceX’s HLS for a journey to the surface of the Moon. NASA said that at least two of those astronauts will make history as the first woman and first person of color to walk on the lunar surface.

The astronauts will spend a week exploring the surface before returning to Earth on the Orion.

“With this award, NASA and our partners will complete the first crewed demonstration mission to the surface of the Moon in the 21st century as the agency takes a step forward for women’s equality and long-term deep space exploration,” NASA Associate Administrator of Human Explorations and Operations Kathy Lueders said in a statement. “This critical step puts humanity on a path to sustainable lunar exploration and keeps our eyes on missions farther into the solar system, including Mars.”

Lueders was hired by former NASA Administrator Jim Bridenstine in June 2020. Since 2014, Lueders has directed NASA’s efforts to send astronauts to space on private spacecraft, which culminated in the successful SpaceX Demo-2 launch from the Kennedy Space Center in Florida on May 30.