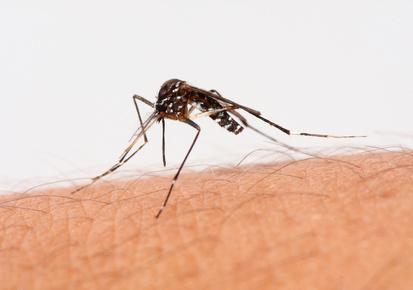 Scientists have discovered a family of chemical compounds that could lead to a new generation of antimalarial drugs capable of not only alleviating symptoms but also preventing the deadly disease.

A international team led by scientists from the Genomics Institute of the Novartis Research Foundation (GNF) and The Scripps Research Institute has discovered a family of chemical compounds that could lead to a new generation of antimalarial drugs capable of not only alleviating symptoms but also preventing the deadly disease.

In a study published November 17, 2011, in Science Express, the advance online publication of the journal Science, Elizabeth Winzeler, PhD, a Scripps Research associate professor and member of the GNF, and colleagues demonstrated that the class of compounds was more effective against malaria than some commercially available drugs.

Most antimalarial drugs are only effective during the blood stage, and those that do work in the liver have notable side effects. However, the new class of compounds identified by the team is highly effective against the parasite in both the blood and the liver.

“Because the parasite blood stages are more amenable to high-throughput screening, much research has focused on that area,” said Stephan Meister, PhD, a research associate in the Winzeler lab and first author of the new paper. “We’re excited to have found a class of compounds that appears to target a novel gene and is highly active against the liver stage parasites in mice. This compound class provided us with a lead for the development of novel anti-malaria drugs.”

Despite long-standing efforts to control malaria globally, the disease remains endemic in many parts of the world. According to the World Health Organization, malaria affected about 225 million people in 2009, and killed nearly 800,000. The disease, which tends to strike the poorest and most vulnerable populations in Asia, Africa, and the Americas, is caused by Plasmodium parasites transmitted through the bites of infected mosquitoes.

The Plasmodium parasite has a complicated lifecycle in two hosts — mosquitoes and humans (or other vertebrate). When a malaria-infected mosquito feeds on a person, the parasite enters the human body. Within 30 minutes, the parasite has infected liver cells, where it develops for about eight days without causing noticeable symptoms. In some cases it can even go into hiding in the liver and persist for several months to years.

When this period is over, however, the parasite (now in a different form) leaves the liver and enters red blood cells, where it grows and multiplies. When the infected red blood cells eventually burst, the parasite and Plasmodium toxins are released into the bloodstream, and the person feels sick. Symptoms include fever, chills, headache, and other flulike symptoms; in severe cases, patients can experience convulsions, coma, and liver and kidney failure, which can be fatal.

If a mosquito bites the infected person at this point, the parasite will enter the mosquito, where it will continue the cycle by maturing into a form that can infect the next human host.

To find compounds to act against the parasite in more than one stage of its lifecycle, the team screened thousands of candidates that were already known to act against malaria parasites in the blood. Only 15 percent looked as if they might also work in the liver — a strong indication, Winzeler said, that “a lot of compounds that are active against blood stages probably aren’t going to do anything about eliminating malaria.”

The group then identified the strongest candidates for drug development by mining the data for groups of related compounds that all showed activity in the liver. In the end, they settled on a cluster related to the chemical imidazolopiperazine. “When we analyzed all of the data, we saw that multiple members of this imidazolopiperazine family were active in blood and liver stages,” Winzeler said.

The imidazolopiperazine family of compounds was especially attractive because it was chemically unrelated to existing antimalarial drugs, and therefore less likely to run into problems with existing resistance. “I wouldn’t want to base a multimillion dollar clinical trial on compounds for which there may be pre-existing resistance,” said Winzeler. “Ultimately, we want to have something that will still be effective in 10 years.”

The group used an automated system of their own design to see how these new compounds fared against malaria parasites incubated in liver cells in the lab. An imaging apparatus took multiple images of each collection of cells over time, and a computer script analyzed those images to see how well the various compounds inhibited the growth of the parasites.

In the end, the team was able to develop compounds that could be taken orally and would stay in the blood long enough to be a viable candidate for drug development. When it was given to mice, the compound provided complete protection against the parasite in the liver, and worked better in the blood than some commercially available drugs.

To better understand how the compound works, the team exposed successive generations of infected mosquitoes to low levels of the compound to produce resistant strains of parasites. They then sequenced the parasites’ whole genomes and looked for genetic changes. “Every [resistant] strain we looked at had a mutation in the same gene,” she said.

By offering a target for other new antimalarial drugs that can act in both the liver and the blood, that gene will provide other researchers fresh ammunition in the fight to eradicate the disease. So, too, will the decision by the team to make all of their data available online.

“We have been making all of our data available to the community to spur drug development,” Winzeler said. “The data on all of the compounds that were tested will eventually be released, and this will allow people at universities and research institutes around the world to mine this data, and to use it to guide their own drug discovery efforts.”

Support for the study came from the Wellcome Trust, the Medicines for Malaria Venture, the Genomics Institute of the Novartis Research Foundation, the Swiss Tropical and Public Health Institute, and the Novartis Institute for Tropical Diseases.