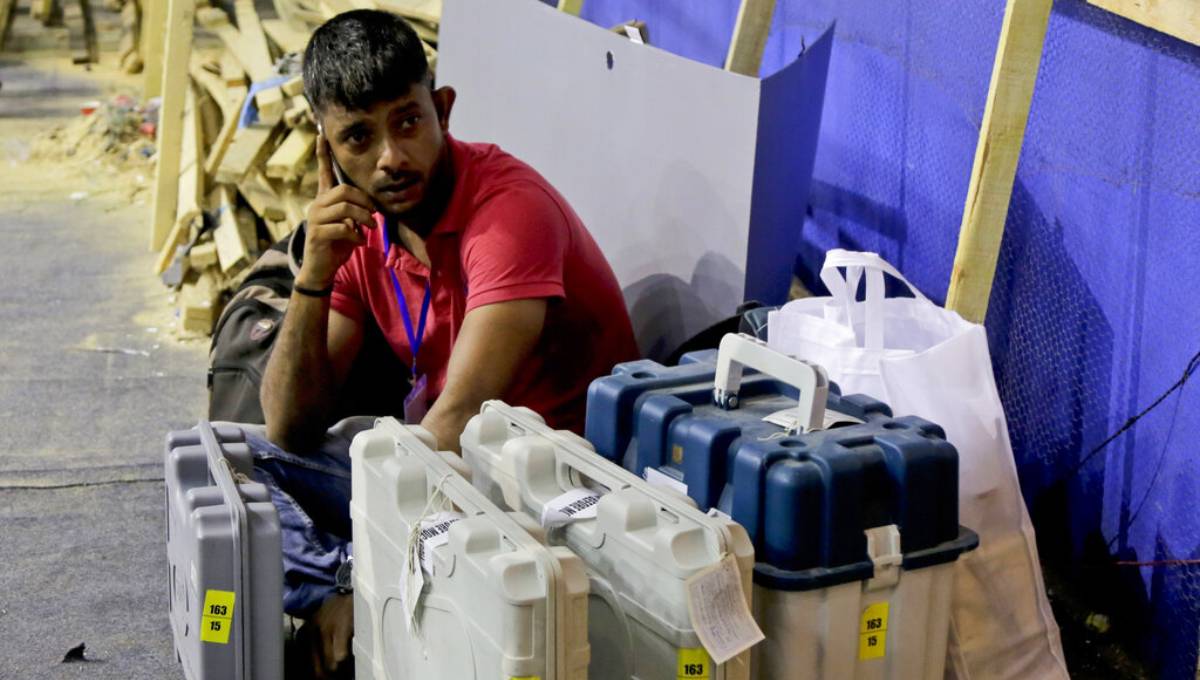 #thenewscompany :  India’s Election Commission rejected opposition fears of possible tampering of electronic voting machines ahead of the counting of votes Thursday that will determine the outcome of the country’s mammoth national elections.

Authorities on Wednesday tightened security at counting centers where the electronic voting machines have been kept in strong rooms across the country. The winners of most of the 545 seats up for grabs in India’s lower house of Parliament are expected to be known by Thursday evening.

The Congress and other opposition parties were stunned by mainstream TV channels’ exit poll projections on Sunday of a decisive victory for Indian Prime Minister Narendra Modi’s Bharatiya Janata Party and its allies.

The Election Commission rejected the allegations in a statement Tuesday. “The visuals seen viral on media do not pertain to any EVMs used during the polls,” it said, explaining that the footage showed reserve, unused machines being put into storage.

The three-person body said that after the close of polls on Sunday, all voting machines used in the election were brought under security cover to designated strong rooms, which were sealed with double locks.

The Indian elections, the world’s largest democratic exercise, ended May 19 after seven rounds of polls staggered over six weeks. Some 900 million people were registered to vote.

Dual citizenship major problem for expatriates to be voters: CEC