BREAKING NEWS
Home Global News Zuckerberg: Kids under 13 should be allowed on Facebook

Facebook’s founder sees the social networking site as a tool with educational potential. That of course means getting kids Facebooking at an early age. 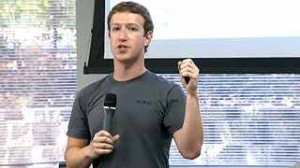 Facebook CEO Mark Zuckerberg may be a college drop-out, but the billionaire 27-year-old is passionate about education reform. That’s why he took time out of his busy schedule to discuss the heated topic (and why he thinks young people can benefit from social networking sites) at a recent summit on innovation in education.

Dressed in his signaturec and jeans, Zuckerberg was uncharacteristically unguarded about his private life during the conversation, which lasted about an hour. He referred to his girlfriend of seven years, medical student Priscilla Chan, several times throughout the interview. He also shared anecdotes from his own education and upbringing, gave advice to other entrepreneurs and talked about why he wants kids under 13 to be on Facebook.

“Education is clearly the biggest thing that will drive how the economy improves over the long term,” Zuckerberg said. “We spend a lot of time talking about this.” 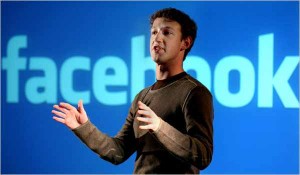 It’s no surprise that Zuckerberg thinks the field of education–along with shopping, health, finance and other industries–will become much more social in the coming years.

“In the future, software and technology will enable people to learn a lot from their fellow students,” he said. For example, students could see each other studying online in the hopes it would encourage more of them to study for tests.

Zuckerberg said he wants younger kids to be allowed on social networking sites like Facebook. Currently, the Children’s Online Privacy Protection Act (COPPA) mandates that websites that collect information about users (like Facebook does) aren’t allowed to sign on anyone under the age of 13. But Zuckerberg is determined to change this.

“That will be a fight we take on at some point,” he said. “My philosophy is that for education you need to start at a really, really young age.”

But just how would Facebook’s social features be used by younger children?

“Because of the restrictions we haven’t even begun this learning process,” Zuckerberg said. “If they’re lifted then we’d start to learn what works. We’d take a lot of precautions to make sure that they [younger kids] are safe.”

Here are a few other opinions and anecdotes Zuckerberg shared at the recent summit:
– Every year Zuckerberg sets a personal challenge for himself. His latest one is learning Chinese (he works with a tutor and regularly holds discussions with Mandarin-speaking employees at Facebook).

– The young CEO gets upset when the media focuses on him instead of the entire Facebook management team. He says he spends 25% of his time recruiting both inside and outside Facebook and never hires someone he wouldn’t want to work for himself.

– Zuckerberg started coding in sixth grade, after he got his first computer. His first program? A virtual pet-like game starring Yoda (the goal was to keep Yoda alive).

– The best part of going to Harvard was the other students. According to Zuckerberg: “If I had the chance to go back to Harvard and finish, I just think of how many more awesome people I would meet.”

e-News Agrees to the above statement based on limited access to the juniors for social networking.

NASA rover closing in on Mars to hunt for life clues