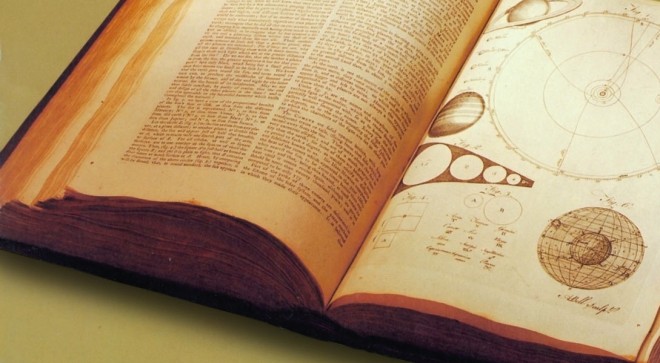 I have never owned a print edition of the Encyclopedia Britannica. After the Britannica company’s announcement that, like the Oxford English Dictionary, it would discontinue its print editions to focus on its online offering, it’s clear that I never will.

I always wanted one. Growing up, my parents had a few different sets of reference books: a children’s encyclopedia my mom picked up at the grocery store, which I read cover to cover, and a set of World Books from 1952, bought by my grandparents shortly after they’d emigrated from Ireland. In high school, I took a Bulgarian girl to my senior prom, and looked up her native country in the World Book to learn that (I’m paraphrasing) it was firmly under the thumb of godless Communist oppressors. There it was, ideology in print, preserved for all posterity.

The mistake wasn’t owning an out-of-date edition; the mistake, arguably, was cracking the cover in the first place. The encyclopedia in the living room wasn’t a reference tool so much as a totem, a sign to visitors but mostly ourselves that our living room wasn’t dedicated in its entirety to that pagan idol television. That we were consecrated to knowledge, aspiring to something more than our surroundings. We didn’t have a computer; we didn’t have Britannica. Our World Books and paperbacks and stacks of the Detroit Free Press would have to do.

Print will survive. Books will survive even longer. It’s print as a marker of prestige that’s dying.

Historian Yoni Appelbaum notes that from the beginning, Britannica‘s cultural project as a print artifact was as much about the appearance of knowledge as knowledge itself. Britannica “sold $250 worth of books for $1500 to middle class parents buying an edge for their kids,” Appelbaum told me, citing Shane Greenstein and Michelle Devereux’s study “The Crisis at Encyclopædia Britannica.”

In short, Britannica was the 18th/19th century equivalent of a shelf full of SAT prep guides. Or later, a family computer.

“I suspect almost no one ever opened their Britannicas,” says Appelbaum. “Britannica’s own market research showed that the typical encyclopedia owner opened his or her volumes less than once a year,” say Greenstein and Devereux.

“It’s not that Encarta made knowledge cheaper,” adds Appelbaum, “it’s that technology supplanted its role as a purchasable ‘edge’ for over-anxious parents. They bought junior a new PC instead of a Britannica.”

I asked Appelbaum about Encarta, Microsoft’s CD-ROM encyclopedia, because it’s an important part of Britannica’s story that’s easy to forget now. In fact, Microsoft pitched Britannica on developing a version of Britannica for PCs in the 1980s, with Windows 1.0. After Britannica turned Microsoft down, Microsoft partnered with Funk & Wagnall’s, rebranding it Encarta and focusing on a lean, computer-specific program that could help sell personal computers beyond productivity applications like Word and Excel.

Encarta is more important to this story than Wikipedia. It’s easy to see Brittanica going web-only as a story of “Wikipedia wins, because open beats closed,” and start making general statements about the fate of everything only if that’s the lens you use to see every story, in no small part because you have a very short memory.

Britannica went bankrupt in 1996, long before Wikipedia was a crowdsourced gleam in Jimmy Wales’ open-access eye. In 1990, the company had $650 million in revenue. In 1996, it was being sold off in toto for $135 million. What happened in between was Encarta.

Not because Encarta made Microsoft money (it didn’t), or because Britannica didn’t develop comparable products for CD-ROM and the web (they totally did, with the first CD-ROM encyclopedia in 1989 and Britannica Online in 1994). Instead, Encarta was an inexpensive, multimedia, not-at-all comprehensive encyclopedia that helped Microsoft sell Windows PCs to families. And once you had a PC in the living room or den where the encyclopedia used to be, it was all over for Mighty Britannica.

When Wikipedia emerged five years later, Britannica was already a weakened giant. It wasn’t a free and open encyclopedia that defeated its print edition. It was the personal computer itself.

Really, Britannica’s own logic was enough to do it in: costly multiple printings and biannual regular updates. But apart from a vessel for information, the primary reason for Britannica to exist as a set of printed volumes was to serve as a household totem. The PC has long since taken that place, armed with Encarta, then Wikipedia and Google, and now the robust information economy of the entire web.

When I was a child, my parent’s television was encased in a wooden cabinet. It was huge and sturdy, even more handsome and ornate than the simple bookshelves next to it, but clearly borrowing their prestige and power. Now, my parents’ TV probably looks much like yours: a flat screen, with a trim, dark bezel.

Now their television looks like a computer monitor. (They finally bought one, long after I went to college.) Hidden behind the television is my parents’ set of encyclopedias. Neither of these things is an accident.

Adobe throws in towel to Apple in Web software war

Future of Afghanistan belongs to its people: Hillary