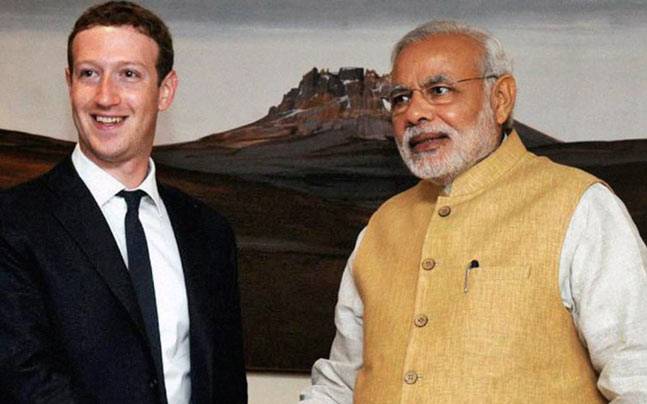 e-News® | The NEWS Company…Delhi, 30 Sept, 2015 : A group of Indian American activists that goes by the name Alliance for Justice and Accountability has urged Facebook’s CEO Mark Zuckerberg to wash his hands after meeting with Prime Minister Narendra Modi. They have initiated an internet campaign called “Zuck, wash your hands! ” that aims to send Zuckerberg hundreds of hand sanitisers to wash the ‘blood’ off his hands.

The blood in this case symbolises Modi’s alleged failure to halt the infamous 2002 Godhra religious riots when he was chief minister of Gujarat.

“A week before Modi’s arrival, Silicon Valley residents started mailing packages of Purell hand sanitiser to Mark Zuckerberg, the CEO of Facebook, so he could wash off the stain after shaking hands with Narendra Modi, who was accused by Human Rights Watch of presiding over the killings of about 2,000 Muslims in 2002,” the group writes on its official website.

The group claims that a total of 250 bottles have been sent out so far with more pouring in. Each bottle is dedicated to a named victim of the 2002 Gujarat riots. Moreover, the group has urged the general public to offer support by filling out a form and have a bottle of sanitiser sent to Zuckerberg on their behalf.

“We’d be happy to send him a bottle in your name — accompanied by a note containing the name of a victim of the 2002 Gujarat genocide,” it says. Modi’s high-profile meet with Mark Zuckerberg at Facebook’s headquarters was one of the headlining features of his visit to Silicon Valley. The Prime Minister was part of an extended Q&A townhall session hosted by Zuckerberg that saw many people – Facebook users — asking him questions on various topics such as women safety.

Why BlackBerry 10 Will Be A Success