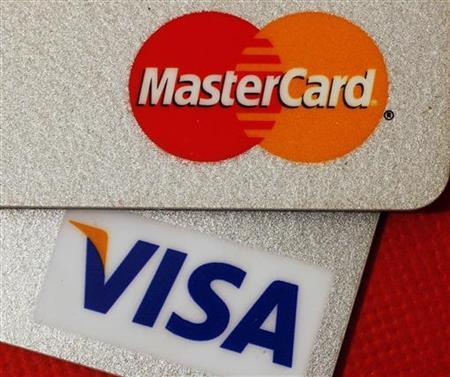 U.S. bank card suppliers looking to take on China UnionPay in its home market after the WTO ruled Beijing illegally favors the state-owned network will be battling a deeply entrenched incumbent with 2.5 billion cards in circulation worldwide.

The likes of Visa Inc, Mastercard Inc and American Express (AXP.N) could find themselves following the path of other foreign financial companies that have entered China with much fanfare but gained little traction.

“It’s one more step in a very long process to get greater access for Mastercard and others,” said Dave Carini, managing director at China Maverick Research. “But that process is going to take several years, and at the end of it they will still not have full and open access to the market they would like.”

The World Trade Organisation dispute panel said on Monday Beijing had broken WTO rules by requiring all yuan-denominated payment cards issued in China to work with UnionPay, forcing the country to change its rules to give foreign companies equal access.

China requires all foreign card companies to piggyback on UnionPay’s network when accepting yuan payments. This means Visa and Mastercard must give a cut of every credit or debit card transaction to UnionPay and the card issuing bank. In most other countries, the foreign card issuers pay only the bank because they use their own network.

High interbank transfer charges and the inability to charge fees means the credit card business is unprofitable for most banks unless they achieve a scale that has so far been the preserve of domestic lenders. A senior bank executive interviewed by auditing firm Pricewaterhouse Coopers for its annual Foreign Banks in China report said scale of at least 20 million cards was needed for the business to be successful.

A rapid increase in the number of cards being issued could also spell trouble for the banks guaranteeing them in a region with a history of consumer credit crises.

Many other Asian economies including Hong Kong, Taiwan and South Korea have all experienced a credit card crisis at some point during the last decade, hit by runaway household spending that eventually threatened the stability of many banks.

“History has repeatedly shown that when there is excessive credit, there will be excessive use,” said Chak Wong, a professor of finance at the Chinese University of Hong Kong and a former managing director at Barclays and UBS.

“Competition is always good, but China is still less developed than other Asian countries, and you have to consider whether or not consumers there can safely handle unsecured credit on a big scale.”

Officials at Visa and Mastercard declined to comment on their China strategy in the light of the WTO ruling.

Mastercard estimates credit card spending in China will reach $2.5 trillion by 2025 from just over $1 trillion now, in a country where it remains common to see wads of cash being handed over for big ticket items such as luxury watches.

Some 55 million new credit cards were issued in 2011, up more than a fifth from 2010. There are now 285 million credit cards in circulation in China, according to the country’s central bank.

Set up in 2002, UnionPay is already the world’s largest card payment scheme. Its logo appears on 29.2 percent of the 8 billion cards issued worldwide, higher than Visa at 28.6 percent, according to a study by Retail Banking Research in London. It says its cards can be used in more than 100 countries.

Before the ruling, Citibank and Bank of East Asia were the only foreign banks allowed to issue credit cards in their own name. Other foreign banks were required to partner with a local lender to launch co-branded cards.

“I would consider China UnionPay not only successful in China but also outside of China,” said Jafizwaty Ishahak, a director at consultancy Frost & Sullivan in Singapore. “Their timing was right.”

For foreign card companies looking at China the bruising experience of Western banks is not encouraging. Lenders such as Bank of America and RBS entered China before the 2008/09 financial crisis and failed to make an impact in a country intent on protecting local players.

Chinese securities firms took three of the top five slots in Asia’s January-June league table of investment banking fees, for example, with domestic names such as Guosen and Citic Securities outranking the likes of Goldman Sachs.

UnionPay’s close ties the Chinese government also ensures its privileged position, being partially owned by the so-called “Big Four” state-controlled banks of ICBC, China Construction Bank , Agricultural Bank of China and Bank of China and run by a former vice governor of the central bank.

“In the case of UnionPay, China obviously wants to develop a world-class homegrown player,” said Doug Young, a professor at Fudan University.

“Having to share its home market with foreign rivals would obviously hurt UnionPay’s profits over the shorter term, potentially making its IPO less attractive if and when it comes.”

In New Mexico, daredevil skydives from 18 miles above Earth

Thai elections may be delayed until 2016