U.S. to try again to hammer out space code 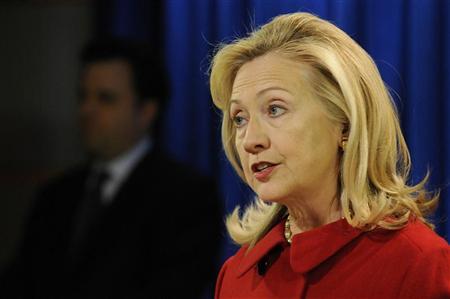 The United States will join with Europe and other nations to hammer out a code of conduct for space activities, including how to deal with the growing problem of debris circling Earth, the Obama administration said on Tuesday.

“Unless the international community addresses these challenges, the environment around our planet will become increasingly hazardous to human spaceflight and satellite systems, which would create damaging consequences for all of us,” Secretary of State Hillary Clinton said in a statement.

The announcement follows reports last week the United States would not sign a European Union draft of an “International Code of Conduct for Outer Space Activities” because it impinged on the military’s use of space.

“It’s been clear from the very beginning that we’re not going along with the code of conduct,” Ellen Tauscher, undersecretary of state for arms control and international security, told reporters at a breakfast meeting on Thursday in Washington, D.C., the industry trade journal Space News reported.

Asked why the U.S. government would not sign the document, Tauscher said, “It’s too restrictive,” the paper reported.

“We are, however, committed to working together to reverse the troubling trends that are damaging our space environment and to preserve the limitless benefits and promise of space for future generations,” Clinton added.

Among the most pressing and universal problems in space is orbital debris, an issue that gained considerable attention after China launched a missile to intentionally destroy one of its defunct weather satellites in 2007 as a test.

The breakup added hundreds of pieces of potentially hazardous debris around Earth. Currently there are more than 10,000 pieces of junk orbiting Earth, including spent rocket bodies, discarded satellites and thousands of spacecraft fragments.

Whizzing around the planet at thousands of miles per hour, even small pieces of debris pose a threat to working spacecraft, as well as the International Space Station, a $100 billion research laboratory that flies about 240 miles above Earth.

First 787 Dreamliner is rolled out