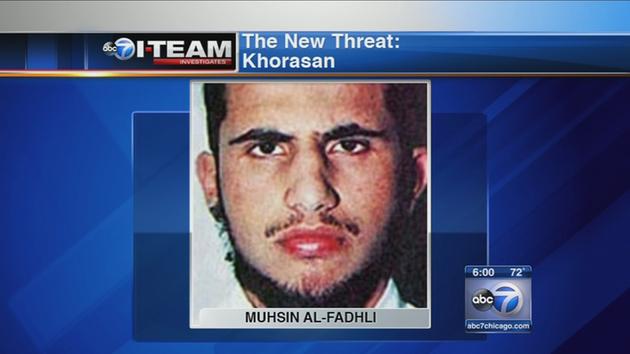 e-News® | The NEWS Company…Washington, July 22, 2015 :  The leader of a terrorist group bent on attacking the United States and other western targets was killed in a targeted strike earlier this month, the Pentagon said Tuesday. Muhsin al Fadhli, a Kuwaiti-born jihadi with a $7 million bounty on his head from the U.S. government, was the leader of the Khorasan Group — a collection of senior al Qaeda members who had moved into Syria amid the chaotic destruction of the country in recent years.

“His death will degrade and disrupt ongoing external operations of al-Qaeda against the United States and our allies and partners,” Pentagon spokesman Capt. Jeff Davis said in a written statement. According to Davis, the strike occurred on July 8 while al Fadhli was traveling in a vehicle near Sarmada, Syria.

While terrorist groups like ISIS and the al Qaeda affiliate Jabhat al-Nusra are responsible for much of the violence inside Syria, the Khorasan Group was believed to direct most of its energy plotting external attacks in the West. One of the group’s facilities was hit in a strike last September on the first night of U.S.-led military action inside Syria. Coalition aircraft have subsequently hit more of Khorasan’s training camps and other facilities inside Syria in the nearly year-long aerial campaign. Al Fadhli who fought alongside al Qaeda and the Taliban in Afghanistan, and was among the “few trusted al Qaeda leaders that received advanced notification of the September 11, 2001, attacks,” Davis said.

He was also involved in terrorist attacks that took place in October 2002, including against U.S. Marines on Faylaka Island in Kuwait and on the French ship MV Limburg.

Tags: a Kuwaiti-born jihadi with a $7 million bounty on his head from the U.S.leader of the Khorasan GroupMuhsin al FadhliU.S. hits top terror leader in strike