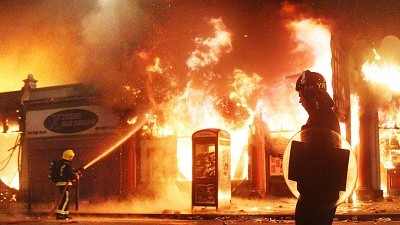 A study has found Twitter was a force for good during the summer riots after analysing millions of messages posted by users.

According to the research, the social networking site helped to organise clean-up operations after rioting across London and other English cities including Birmingham, Liverpool, Nottingham, Manchester and Salford.

The study looked at 2.4 million tweets sent during the disturbances in August and found “no evidence” to back calls that Twitter should be closed down for inciting unrest.

The study, funded by the Joint Information Systems Committee, included experts from a range of disciplines from the universities of Manchester, Leicester, St Andrews and Wolverhampton, and University College London.

Professor Rob Procter from the University of Manchester, who led the team, said: “In August this year social unrest spilled over on to the streets of English cities and the summer riots were the largest public disorder events in recent history.

“Politicians and commentators were quick to claim that social media played an important role in inciting and organising riots, calling for sites such as Twitter to be closed should events of this nature happen again.

“But our study found no evidence of significance in the available data that would justify such a course of action in respect to Twitter.”

He added: “In contrast, we do find strong evidence that Twitter was a valuable tool for mobilising support for the post-riot clean-up and for organising specific clean-up activities.”

Researchers were able to analyse the millions of “tweets” generated during and after the riots by using experts in cloud computing from the University of St Andrews.

Cloud computing allows large-scale computing facilities to be accessed and shared by many users over the internet.