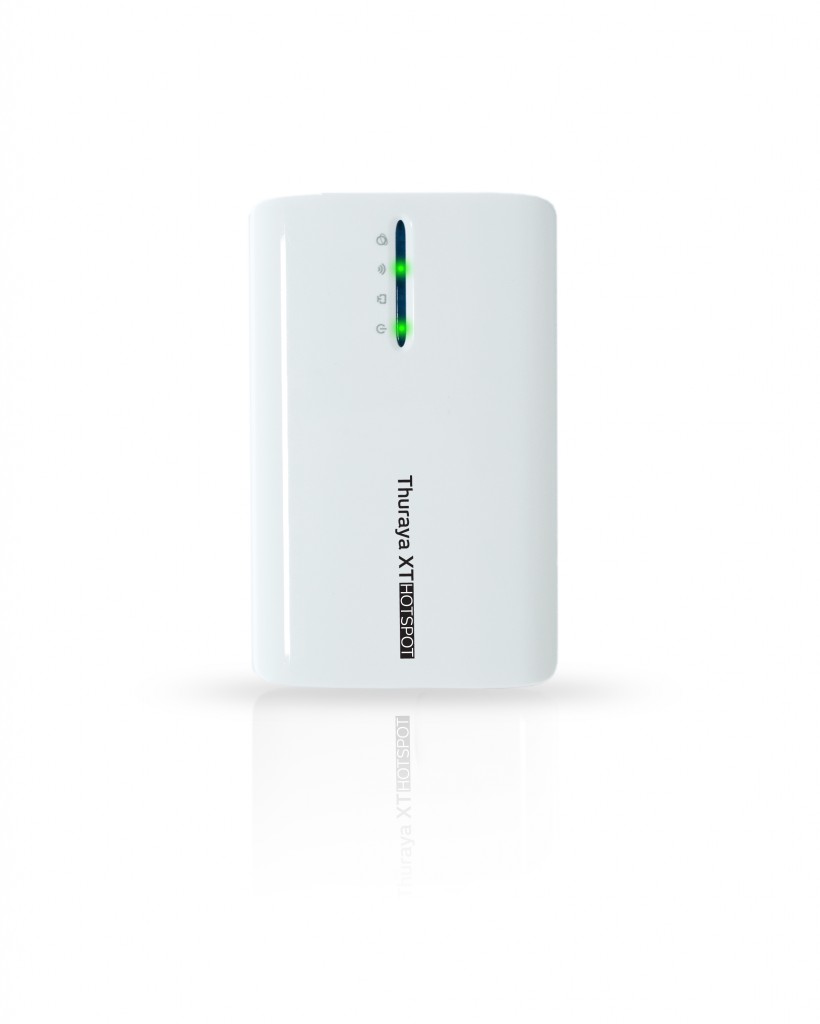 Building on the success of its Thuraya XT handheld, the industry’s toughest satellite phone, Thuraya XT-Hotspot is a pocket-size router that creates a Wi-Fi zone for multiple users to connect smartphones, laptops, and tablets to the internet over Thuraya’s mobile satellite network.

The XT-Hotspot is the only Wi-Fi router on the market offering a plug and play solution enabling easy and affordable internet access with the fastest satellite data speeds of up to 60 kbps in the most remote areas.

The XT-Hotspot uses the GmPRS connection of the Thuraya XT handset, which supports faster connection speeds of up to 60 kbps to 9.6 kbps currently offered on the market. The router creates a Wi-Fi zone of up to 30 meters, where multiple users can simultaneously access the internet seamlessly from their laptops or smartphones. It is a compact battery-powered device ideal for users from across diverse sectors including NGOs, government, energy and media.

Thuraya’s Vice President of marketing, T. Sanford Jewett, said: “Thuraya is busy expanding our product line with innovative products to provide our users with convenient and practical mobile communication solutions. The XT-Hotspot is yet another example of Thuraya’s commitment to delivering simple and cost-effective communication tools that enhance the value of our satellite services.”

In August Thuraya confirmed that it had hit heightened streaming speeds of 512Kbps standard IP. These new streaming speeds were recorded at a recent roadshow in Paris that was organised by Geolink Satellite Services.

Media customers from news channels, news gatherers and radio stations bore witness to live video transmission by coupling two Thuraya IP terminals which resulted in registering speeds up to 512Kbps. IP bonding is done by linking two IP terminals together with a USB cable. The ClipWay Software used for the link is a media broadcast solution by Geolink.

Have a filthy phone? Just run it under the tap: Japanese firm launches $175 handset that can be cleaned with soap and water