Sometimes the most important ideas in tech are hiding in plain sight. In that spirit, here are three predictions for 2013 that are just waiting to happen. No 3D TVs, wearable computer or jet packs for me — at least not this year.

The Kindle Offer You Can’t Refuse 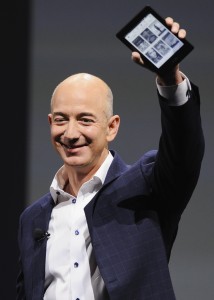 Demand is rapidly shrinking for e-ink e-book readers. IHS iSuppli predicts that when the books close on 2012 some 15 million will have been sold — down 36 percent from 2011.

And why not? Tablets are getting cheaper. Sure, you can pick up an ad-supported Kindle for as little as $70. But why shell out even that when $200 gets you an e-reader, and a media player, and a gaming machine, and everything else?

Dedicated e-ink readers aren’t falling out of favor because the technology has been surpassed. They’re losing out because the value proposition has changed. There’s a simple solution. Make them inexpensive enough so that it becomes an offer you can’t refuse.

That will happen at $50. At that price, buying a niche item you might use only occasionally is a relatively easy decision. It would be a no-brainer for students. A stocking stuffer for pre-teens that might even tear them away from their gaming consoles. An afterthought.

Nobody but Jeff Bezos & Co. know what Amazon needs to make (or, more likely, can afford to lose) on even a bare-bones Kindle, though it is generally accepted wisdom that the Kindle line has value to the company as a loss leader for the sale of books — razors to blades, as it were. Amazon also has a history of pushing price barriers: it experimented with universally-priced $10 e-books — selling them below cost, to the consternation of publishers.

Amazon started the digital book revolution. E-ink technology was life-altering, and remains far too worthy to disappear. The only thing “wrong” with it is that it’s too expensive. Amazon is uniquely positioned to fix that and breathe new life into this still-revolutionary device.

The Netbook Strikes Back

E-readers managed to survive a metaphysical threat from tablets. Netbooks, not so much.

Netbooks — bare-bones, inexpensive, portable computers — were poised to change the world. But just as they burst on the scene, full-powered computers got just as small and just as light, like Apple’s MacBook Air. And then the iPad sucked out whatever air was left in the room.

So who actually needs to pay for lots of bells and whistles?

Many of us do, of course. But many of us don’t. If you can spend $200 or so for a serviceable laptop you might think twice about “needing” something that costs $1,000 more.

Computing has been Balkanized by the mobile revolution. We work on our phones at least as much as on our laptops. We only discovered a need for tablets three years ago and now they dominate. Laptops are still essential for long periods of typing. But these days they are just another tool in the chest, a computer you resort to rather than seek out first.

Netbooks will become attractive again because the cult of the machine is shifting to big remote servers that allow us to use thinner, less expensive clients. And it is the upstarts in this space that have the most to gain — notably Google.

The search giant may be uniquely positioned to innovate because it has the resources and wherewithal to enter a commodity business with razor-thin margins. Google started pushing netbooks a couple of years ago and last year unveiled leasing plans for businesses and schools. It’s expanding now with direct-to-consumer sales of two models, the most expensive of which is a $250 machine built with Samsung — right in the sweet spot of tablet pricing and a fraction of the cost of comparable ultralights.

There is one big problem: given that these devices arrived with a thud the first time, the word “netbook” itself may have negative connotations — Google doesn’t use it at all, calling their netbooks “Chromebooks.”

So, let the makeover begin. 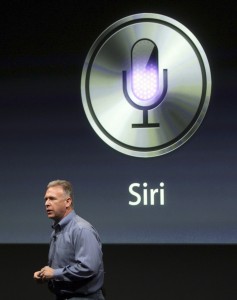 Siri started a quiet revolution when it was introduced with the iPhone 4S in 2011. Like many Apple innovations, voice command was not something new — it was old and mostly reviled. Voice control never seemed to work well — and seemed curiously inappropriate — on desktop computers. And with Siri, sometimes it feels like she is from Venus and we are from Mars.

But, unlike with desktops, we naturally speak into our phones. So speaking to our phones to control our phones doesn’t seem odd at all. Full disclosure: I was hooked on Siri from the start, warts and all. Last year at about this time I described Siri as one of the previous year’s “tech earthquakes.”

Siri wasn’t exactly the everyman’s Watson, but my romance has not waned. There have, however, been some prominent divorces: The New York Times’ Nick Bilton wrote a mournful Dear Siri letter in July, confessing that “last week I had what will probably be my last conversation with Siri for a while.”

But stick with me on this. Siri, and its Android equivalents, will catch fire in 2013.

The weakest link with a computer is always input — how we communicate with it. Keyboards, trackpads and gaming controllers are imperfect proxies. We are always looking for shortcuts to operate the computer as fast as we can think.

Much of the iPhone’s success is because it is so easy to operate — the interface keeps up with us like never before. I sketched out this column while running chores. There would have been no other way for me to capture snippets of ideas on the run without the ability to dictate and have my phone transcribe. And we all know we get our best ideas at the worst time: dashing to an appointment; running on the treadmill; sitting in traffic; in the middle of the night when lying in bed.

Siri’s acceptance has been slower than I expected — most iPhone users I know don’t use it (or admit to it). But voice control is everywhere now. Google’s Android-powered devices are, by some accounts, a match for Apple’s tech. Siri and Android voice control both now open apps, making the switch among them even less complicated.

So here is what’s going to happen next year: There will be greater awareness of voice tech’s ability to take near-perfect dictation — maybe the least sexy feature, but the most useful in our daily lives. Siri and her cousins will gain wide acceptance for the simplest things they do, as improvements to the more complicated tasks gradually improve.

Google and Apple would be wise to nudge this along with marketing campaigns that emphasize not the Holy Grail — semantic search — but the seemingly humble ability of mobile devices to do what they are told. It’s a big deal that they’re at our beck and call.

In Case You Forgot, the Sun Is a Giant Ball of Fire