Tech in The Former Soviet Bloc 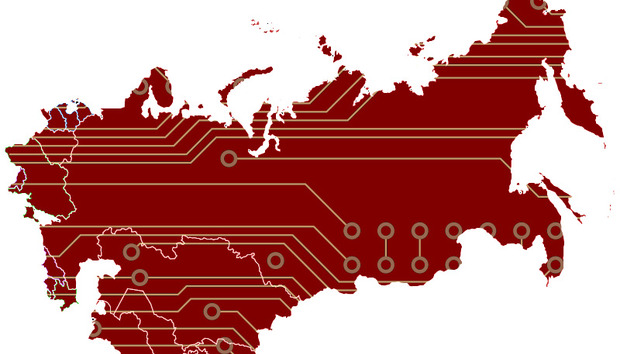 Tech in The Former Soviet Bloc

Behind the Iron Curtain, the Soviets had their own singing contest to rival Eurovision, called Intervision. Today those former Soviet states sing in Eurovision every year, with varying success. In 2001 Estonia won the contest, in 2002 it was Latvia, followed by Ukraine in 2004 and Azerbaijan in 2011. But is the former Soviet Bloc as advanced in the tech industry as it is with singing?

Estonia can be seen as the model Former Soviet State; the birth place of Skype, the country has blossomed into a high tech country, one that many western European countries look to for inspiration. According to the Economist, “Estonia holds the world record in start-ups per person”, it has eVoting and a number of other online services, high levels of high-speed internet access (78% of the country’s 1.2 million people – almost 60% use the web daily) and a number of other e-Services all as a part of the government’s e-Estonia plans. The government has made the country business and technology friendly, and is already working on the next generation by getting children as young as 6 coding.

The rest of the Baltics are close behind; healthy internet penetration, a blossoming startup culture with funding behind it, but within central Asia, the story is very different. Azerbaijan has the highest internet penetration of the central Asian countries, with just 50% of its 9 ½ million people online, while Turkmenistan has just 5%. The overall average for central Asia is 24%, compared to 48% for Eastern Europe.

While vastly different in terms of culture, geography and shared recent history, it makes an interesting comparison within the realm of ICT. For the most part, there far ahead of their Asian counterparts. Estonia, Latvia and Lithuania lead the charge, while countries such as Moldova and Georgia may be lagging compared to the likes of the UK, but stand miles ahead of Kyrgyzstan and Uzbekistan. The fact that Kazakhstan & Azerbaijan are starting to embrace ICT only highlights the digital divide in the region.

The World Economic Forum’s yearly Global Information Technology Report highlights this inequality. The Baltics take the lead with Estonia in 22nd, Lithuania 32nd, and Latvia 41st. The report praises the efforts of the Estonian government and the development of ICT ‘as one of the critical industries for the local economy’. In Asia Kazakhstan, in 43rd, was highlighted as leader of the region with significant improvements across the board, Azerbaijan, in 56th, “Continues its ascension in the rankings as a result of an improvement in its ICT infrastructure, especially in terms of international internet bandwidth capacity.”

While Kazakhstan & Azerbaijan score well, there isn’t another central Asia country for over 60 places, while Georgia (65th) & Armenia (82nd) are highlighted as some of the fastest risers compared to last year, rising 23 and 12 positions respectively. Tajikistan is down in 112th while Kyrgyzstan is last among the group in 118th, the report saying, “The Kyrgyz Republic has not managed to join its neighbours in better leveraging ICTs to boost its economic competitiveness”. Belarus, Turkmenistan, Uzbekistan don’t feature in the report.

It’s a similar story with innovation. In this year’s Global Innovation Index, the European countries outperform Central Asia completely; highest placed was Estonia in 25th, followed by Latvia at 33rd, all the way through to Belarus in 77th place. By comparison, the highest placed Asian counterpart was Kazakhstan in 84th, with Tajikistan 101st, Azerbaijan 105th, Kyrgyzstann 117th and Uzbekistan a lowly 133rd.

Despite the low scorings, and general lack of IT adoption on a wide scale, there have been improvements in the region; Kazakhstan has quickly grown its number of Netizen in the last few years, and is employing an ‘Information Kazakhstan—2020’ program to provide internet access to 100% of the population by 2020. Likewise, Azerbaijan plans to have ICT replace oil has its main source of revenue by 2025, aiming to become an IT hub for the region, as well as connecting all 6,000 of the country’s villages to the high-speed internet and building a high-tech park just outside the capital, Baku. The Azerbaijani government is pushing to create a startup nation, investing large sums into promoting the creation of IT startups.

One of the biggest problems within Central Asia is of censorship. Reporters Without Borders casts a dim view on certain members of the former Bloc, with Belarus, Turkmenistan & Uzbekistan all branded ‘Enemies Of The Internet’. But they’re not alone; Azerbaijan, Kazakhstan, Georgia, and Tajikistan have been accused of eavesdropping on users through hacked SSLs, while Tajikistan has a habit of blocking websites without justification. Many in central Asia rely on internet cafes, which are far easier to censor than those in the home.

The Opensociety explained in Turkmenistan, “Maintaining tight control over the internet remains a key priority. The regime is extremely wary of the potential of the internet as a vector for dissent, and for potentially exposing its secretive practices to unwelcome international scrutiny,” essentially saying this censorship is holding back the entire country’s adoption of ICT on a large scale (along with high prices – unlimited internet in 2011 cost almost $7,000 per month).

Despite these problems, there are some charities trying to help with education services – especially in Kyrgyzstan, but as is often the case, nothing much will really change until governments relax their strangleholds. While a few years ago this would have been highly unlikely, the recent opening up of Myanmar may give hope that things can change for the better, and relatively quickly.

Despite all these differences, there are some similarities too. According to StatCounter, Windows is by far the most popular operating system for desktops (usually 7 or XP) while Android is the most popular  mobile OS, usually followed by Symbian or Series 40, showing the dependence on feature phones that still remains in large parts of the world.

When it comes to social media, the picture is almost as unified. Facebook is the most popular social network in the majority of the countries, with only a few exceptions. Kazakhstan, Belarus and Ukraine all favour V Kontakte, while Lithuania & Moldova prefer Odnoklassniki to Mark Zuckerberg’s site. It is worth noting, however, that being the most popular social network in a country with few netizens and a habit of censorship doesn’t always mean social media is as embedded in society as somewhere like the US – social media penetration is as low as 8% in the region.

This is just a rough overview. Each country obviously has their own unique landscape with their own specialisms, difficulties, and targets. If you have any experience of Business & IT in these countries please share them below.