BREAKING NEWS
Home Global News Size Does Matter : How the PlayBook and TouchPad outperform the iPad 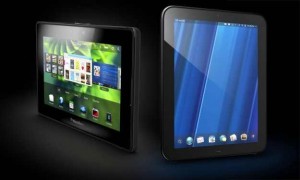 The iPad still make the best choice for the masses, but for consumers focused on certain types of experiences, the TouchPad and PlayBook make better choices.

Years ago, the auto rental company Avis had a motto: “We try harder.” The goal was not to showcase that Avis was getting its butt kicked by Hertz, the market leader, but to argue Avis was number one in customer service. RIM and HP might want to try to make a similar differentiation with their tablets today.

The RIM PlayBook was broadly given poor reviews because it took a unique approach to building a tablet, one that subordinated the tablet to the cell phone. HP, meanwhile, bought Palm after realizing that Microsoft wouldn’t have a solution soon enough to be competitive, and realizing that Google was in many ways worse than Microsoft. By some measures, HP now has the number two (in capability) tablet in market.

But why would anyone buy the number two product if you could get the number one product? The issue for both vendors is that their products are being pounded for not being an iPad. But if we all did that with cars or any other device, we’d all be using the same product and every other builder would be insignificant.

At the core of this is that we tend to take products, particularly Apple’s consumer products, and make them the standard we compare others too. I think that is a mistake, because both the TouchPad and the PlayBook could appeal to buyers who want different things than the iPad provides. Let’s talk about why some of you might actually prefer one of these very different alternatives.

A lot of us, and I clearly include myself, are forecasting the death of RIM and BlackBerry because it has recently slipped to fourth place in the smartphone market, and under 25 percent market share. But that is still a massive user base, and there are still more people who use and love BlackBerry phones then there are folks using the combination of all of the vendors with less market share. Effectively Apple, RIM and Google have split the smartphone market three ways.

The PlayBook has one huge advantage for the BlackBerry user: It shares the phones features and network connection vastly better than any other tablet works with a smartphone. Entertainment applications are light, but because it uses the BlackBerry as a host, business applications are heavy. The device is smaller and lighter, making it better for activities like reading. 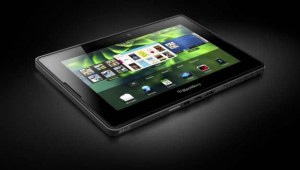 This make the PlayBook ideal for a BlackBerry fan, particularly one who is often not in range of a Wi-Fi hotspot, and wants to share the phone connection and avoid another wireless subscription. In short, the folks who should love the PlayBook are those that initially loved the BlackBerry: People who are focused on making and saving money. For folks like that, the RIM PlayBook, not the iPad, would be the standard. Folks who fit this profile, like this guy, will love the PlayBook.

HP TouchPad: For the Web junkie

The HP TouchPad is a different beast, and it partially showcases why mergers are often unsuccessful. Why? Palm’s merger with HP slowed this product to market, and it was a vastly more competitive offering to the first iPad than it is to the iPad 2. Still it has a number of advantages. It’s case design is more sturdy, the software platform less likely to accept an run viruses (folks attack high volume products, something that benefited the Mac against Windows and this platform against the others) and its browser, like the PlayBook above, includes Flash support.

The studies I’ve seen suggest that most people use iPads while on the couch and while in bed. Many of us already we have TVs in both locations, so video content isn’t that critical, and the future most of us are forecasting is very web-centric. One of the most interesting uses for a tablet is as a super bed-side or couch-side device that always keeps you connected, and the inductive docking solution for the TouchPad makes it ideal for this use.

So, the ideal TouchPad user is one who fits a major portion of the iPad base, someone who largely wants to have a device that gives them the Web at their fingertips and is always fully charged and easy to grab from bed or couch. WebOS is better than Android Honeycomb, and in many ways it kind reminds me of the early days of DOS and the Mac OS, in that Google clearly has more reach and partners, but HP has provided a better user experience and a more tightly focused product.

A little competition is a good thing

We don’t all like the same things, otherwise we’d all be driving the same car, living in the same style home, and wearing the same clothing. As you look at these new tablets coming to market, the iPad is trying very hard to be all things to all people, but that means it gives up something to those who want focus. The PlayBook is best for those who are focused on doing work, and think play should likely involve as little technology as possible. The TouchPad is for those that just want a window to the Web near their couch and bed. For folks like this, the TouchPad and the PlayBook aren’t number two and three, they are number one.

For either company to be successful, they have to trade on their strengths and what they do best, and contest the iPad as the bar other tablets are compared to. In short, both firms need a bit more of that “we try harder” Avis mentality in the marketing they put behind their products, and a tighter focus on the type of customers who will favor them.

For you buyers, it might be wise to think about how you are going to use one of these things, and then pick the product that best fits that use. Most of you will still prefer an iPad, but for those that don’t, here are two alternatives you might actually like better. The irony here is that historically Apple wanted folks to “think different.” This time around, not so much.

Google may return to China with Android app shop: report