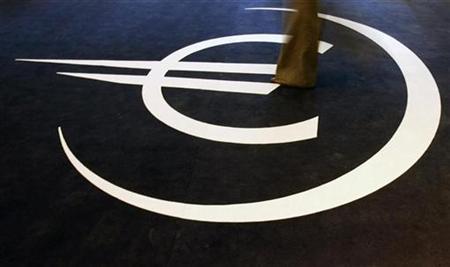 Prime Minister David Cameron has made history by blocking EU treaty change in a move that has isolated Britain and this detachment will define the next chapter in this island nation’s notoriously tricky relations with continental Europe.

Cameron, who styles himself a “eurosceptic,” seems to have pushed Britain further from the heart of Europe than even “Iron Lady” Margaret Thatcher dared to do in her battles in the 1980s when she said “No, No, No” to Brussels increasing its powers.

The prime minister was left out in the cold in Brussels on Friday when France and Germany failed to give him the safeguards he wanted for the powerful City of London financial services industry, which accounts for 10 percent of economic output.

Cameron’s hard line may appease elements of his Conservative Party but is likely to open up a rift with his pro-Europe Liberal Democrat allies. It could also leave Britain at risk of being excluded from Brussels decisions that affect business across the nation.

“It is a black day for Britain and Europe,” Liberal Democrat Lord Oakeshott said. “We are now in the waiting room while critical decisions are being taken.”

Cameron’s tough talk, described by one senior diplomat as “clumsy,” is likely to give him short-term relief from the demands of a restive right wing of his Conservatives who have been clamoring for him to claw back powers from Brussels.

But they will be back for more, with some seeking nothing short of a complete exit.

Britain, the EU’s third-biggest economy, was left on its own with an overwhelming majority of countries led by Germany and France agreeing to forge ahead with a separate treaty to build closer fiscal union to preserve the euro.

“This is the moment when we have to start completely renegotiating our relationship,” Conservative eurosceptic member of parliament Bernard Jenkin told Sky News. “We are going to be a satellite on the edge of what is going to be an economic superpower.”

One EU diplomat summed up the outcome of the Brussels summit as: “Britain seethes, Germany sulks, and France gloats.”

In the past, closer ties between Britain and Europe have torn apart the Conservatives in a country where protecting sovereignty can prove to be a big vote winner.

Britons pride themselves on their national identity and some have joked that the United Kingdom’s sometimes blinkered relationship with Europe could be characterized by the old newspaper headline: “Heavy Fog in Channel, Continent Cut Off.”

Britain never joined the 17-country single currency zone, although former Prime Minister Tony Blair declared his intention to join when the economic conditions were right. The country has long had an ambivalent attitude to European institutions after joining the then European Economic Community in 1973.

Nevertheless, over 40 percent of Britain’s trade is with the euro zone and about 3 million jobs depend on trade with Europe.

Conservative leaders are all too aware of painful rebellions of the past over Europe, weighing up the interests of trading as part of a bloc with the rules and regulations that go with it.

Alarm bells rang for Cameron this October when some 80 of his legislators — a quarter of the total — defied him and backed calls for a referendum on Britain’s membership of the EU.

“He’s thrown some meat to the eurosceptics who like to see the British PM wielding the veto. (But) it is going to make it harder to defend British interests,” said Simon Tilford of the Centre for European Reform, a think tank in London.

“Cameron has played a bad hand poorly. He’s been stung by the mounting rebellion here.”

In Brussels, Germany failed in its campaign to persuade all 27 EU countries to write the tougher rules into the bloc’s treaty, with just Britain and Hungary refusing to go along.

“Worried that Britain is starting to drift away from Europe in a serious way. To where? In a strong alliance with Hungary,” Swedish Foreign Minister Carl Bildt said in a tweet on Friday. By lunchtime, even Hungary had changed its mind.

British Foreign Secretary William Hague played down London’s isolation and tried to put a positive spin on the treaty clash, noting that different groups of EU nations had long worked together on various issues like defense and border controls.

“Decisions about the European single market, the thing that matters most to us for jobs and businesses in the UK, still have to be made by the 27 countries together,” he told Sky News from Brussels. “We will be very vigilant about any threat to that.”

Liberal Democrat leader Nick Clegg, the deputy prime minister, also put on a brave face, saying that the government was united over the EU treaty and that Cameron had made reasonable demands in Brussels.

“You have the potential risk that this new emerging group manages to colonize the EU structures,” said Mats Persson of the Open Europe think tank.

Regulation affecting financial services industry could now be decided by 26 rather than all 27 EU members.

Proposals such as short-selling bans and the European Central Bank’s insistence that euro-denominated financial transactions are cleared within the euro zone could damage Britain’s financial markets, political analysts said.

Britain may still try to exercise a veto over an EU-wide financial transactions tax, since taxation policy is subject to unanimity rules, but Cameron effectively goes home with little tangible to show for his defiance.

British government bond markets were looking beyond Cameron’s position and were more interested in whether the euro zone economy would stabilize. But threats to the stability of the coalition could imperil the low yields of which Britain has boasted.

Anthony O’Brien, fixed-income strategist at Morgan Stanley, said: “Europe is a major trading partner of ours and therefore any disagreement between us and Europe could be damaging for trade and therefore (mean) a slowing of the economy.”

At home, Britain is governed by a coalition, its first since World War Two, which is committed to long-term austerity to balance its budget.

Tensions over Cameron’s performance could make it much harder for the coalition to survive until the next election in 2015, analysts said, adding any threat to the coalition would jeopardize Britain’s role as a safe haven for investors.

Applause from Eurosceptics was accompanied by opposition warnings about Britain’s position on the world stage.

“We have warned consistently that an isolated David Cameron has been on the sidelines of Europe for months,” Labour leader Ed Miliband wrote in the Evening Standard. “If you get out of the deal-making room … you end up losing influence. Having no allies is a sign of weakness, not of strength.”

Relations between Cameron and French President Nicolas Sarkozy, who both provided forces earlier this year to protect civilians in the conflict that ousted Muammar Gaddafi as Libyan leader, have been badly strained over Europe.

Britain has made much play of its “special relationship” with the United States, but the Americans have increasingly valued the British as just a conduit to European diplomacy as well as a military ally in the wars in Iraq and Afghanistan.

President seeks students to be guided by open minds