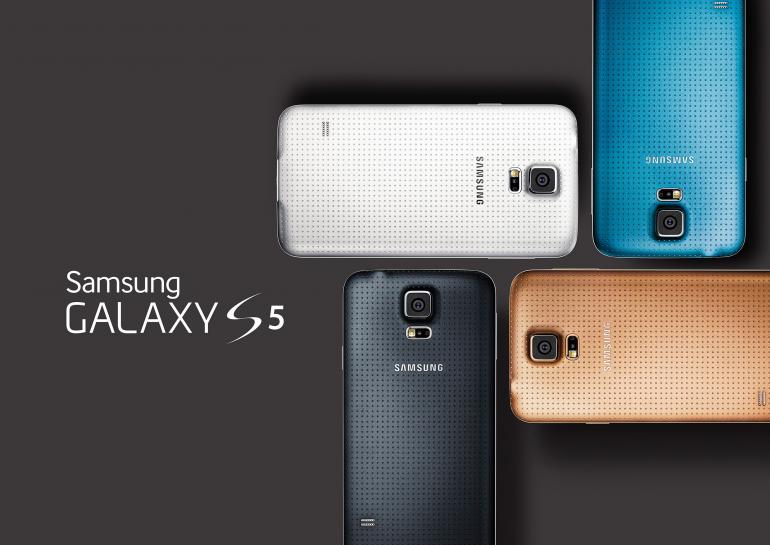 Those waiting to get their hands on Samsung’s latest flagship smartphone won’t have to wait much longer. AT&T has just announced that it will start accepting preorders for the Galaxy S5 on March 21 at ATT.com and in AT&T stores. You can get the S5 for $199 with a two-year plan or $25 a month with AT&T’s Next 18 early-upgrade package, and the devices are expected to ship in early April.

Samsung made waves when it announced the eagerly anticipated follow-up to its popular S4 in February. The Galaxy S5 packs an iPhone 5s-like fingerprint scanner on its home button but also offers a built-in heart-rate monitor and a sharper 16 MP rear camera. With a redesigned S Health app, the heart-rate monitor (on the back of the phone) makes it a great companion for fitness nuts.

Fans of larger screens will also love the S5’s brilliant 5.1-inch 1920 × 1080p display. Thanks to a 2.5 GHz quad-core Snapdragon 801 CPU backed by 2 GB of RAM , the S5 will likely offer speedy Android 4.4.2 KitKat performance. Getting the S5 on AT&T’s solid 4G LTE network will provide decent mobile browsing speeds, too, although the carrier came in third place in our 4G showdown in Manhattan.

Alongside the Galaxy S5, AT&T will also offer preorders of Samsung’s smartwatches Gear 2, Gear 2 Neo, and fitness band Gear Fit. The Gear 2 will sell for $299, while the Gear 2 Neo and Gear Fit will cost $199. All of the above are expected to ship in early April as well.

China has officially announced the visit of President Xi Jinping to Bangladesh at the invitation of President Md Abdul Hamid.