Russia will launch attacks in Syria : US intelligence 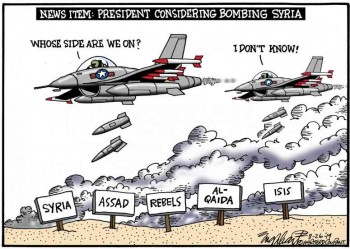 e-News® | The NEWS Company…WASHINGTON, Sept 26, 2015 : A secret U.S. intelligence assessment provided to the White House predicts that the Kremlin will order military strikes in Syria to help prop up President Bashar Assad’s embattled government and to stop westward advances by Islamic State and other rebel groups.

The airstrikes would be conducted by more than two dozen Russian warplanes that were surreptitiously flown to Syria over the last week. U.S. officials said the Russian pilots turned off their planes’ transponders to avoid detection, and hid by flying in close formation with Russian AN-124 Condor cargo flights, which used commercial air corridors over Iraq and Iran. 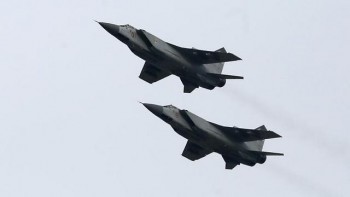 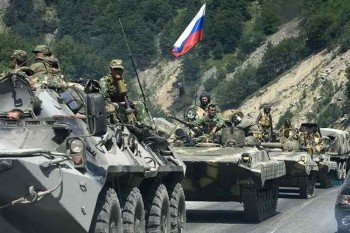 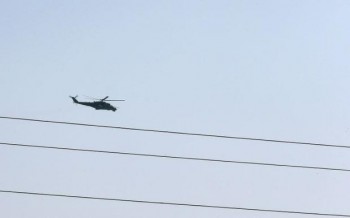 Islamic State is not active in any of the areas, however, raising questions about Russian President Vladimir Putin’s intentions in the multisided Syrian civil war. President Barack Obama will sit down with Putin on Monday on the sidelines of the United Nations General Assembly. The two leaders have not held formal talks in two years, but the White House is increasingly concerned about Russia’s growing involvement in Syria.

The intelligence assessment was given to Obama as part of his briefings for the meeting, which was announced Thursday. According to U.S. officials, 28 Russian fighter and ground attack jets were flown to a civilian air strip in Latakia province since last Friday. The strip was upgraded over the last three weeks with a new air control tower, fresh tarmac and other modifications to handle the Russian warplanes, according to U.S. officials. Cargo planes delivered 16 helicopters, artillery and tanks two weeks ago. The air base is about 35 miles from Russia’s long-time Syrian naval base at Tartus and about 200 miles from Damascus, the capital.

“The jets are ready to strike at any moment,” said a U.S. official, who was not authorized to speak publicly on the intelligence. “There is nothing stopping them from delivering airstrikes at this point.” “The equipment we’ve seen out there is not strictly defensive,” said another U.S. official.

New satellite imagery also indicates recent construction at a weapons storage site inside the base, according to the Washington-based Institute for the Study of War think tank. Aerial images showing newly installed modular housing for 2,000 troops, and nine modern T-90 ?tanks, indicate that Russia is using its own soldiers and equipment, and not Syrian troops, to defend the base. The Syrian army operates older Russian tanks.

Warplanes from a U.S.-led coalition have been bombing Islamic State targets in Syria since September 2014. The Obama administration remains committed to ousting Assad from power, but is not attacking government-held positions.

Defense Secretary Ashton Carter spoke by phone last Friday with his Russian counterpart, Sergei Shoigu, in an effort to ensure U.S. and Russian warplanes don’t inadvertently clash in Syria as Moscow and Washington pursue separate political goals. Speaking to reporters Thursday, Carter warned that Russian airstrikes on anti-Assad forces could amount to “pouring gasoline on the civil war in Syria. That is certainly not productive from our point of view.”

Pentagon planners still don’t know whether Russia intends to defend territory controlled by Assad, to help his security forces reclaim captured cities and towns, or to try to defeat Islamic State and other extremist groups who control much of the country. According to U.S. intelligence, the Russians have moved 12 SU-24 Fencer and 12 SU-25 Frogfoot attack planes to the air base. They are designed to fly low over a battlefield to eliminate ground targets. Four SU-30 Flanker jets, also delivered to the base, are designed to fight other planes. Surface-to-air missiles also were detected.

“The Russians are going all in on behalf of Assad,” said Christopher Harmer, ?a former Navy aviator at the Institute for the Study of War, a nonpartisan public policy group in Washington. Citing recent commercial satellite imagery, he added, “The signal is they are here to stay.”