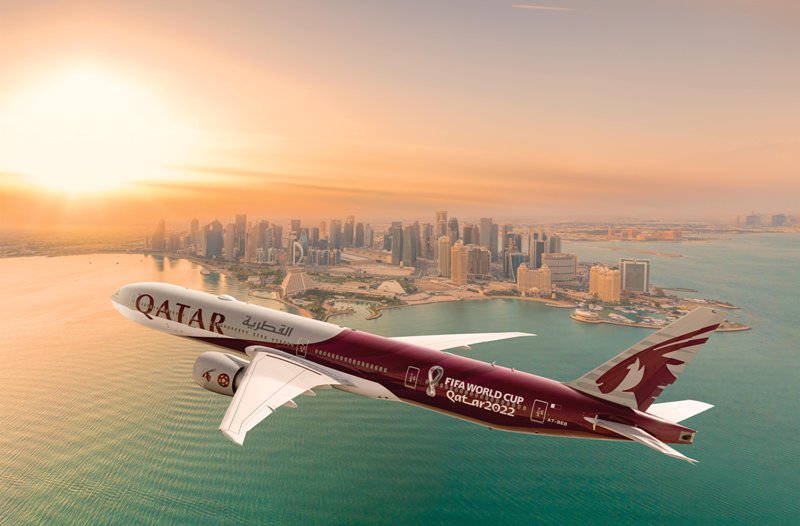 in the most difficult period ever in the global airline industry, the airline credits its positive results to its agility and successful strategy which continued to focus on customer needs and evolving market opportunities, as well as efficiency and the commitment of its worldwide employees. This profit is not only a record for Qatar Airways Group, but also a record among all other airlines that have published financial results for this financial year worldwide.

Qatar Airways Group reported a record net profit of QAR 5.6 billion (US$ 1.54 billion) during the fiscal year 2021/22. Overall revenue increased to QAR 52.3 billion (US$ 14.4 billion), up 78 per cent compared to last year and a remarkable two per cent higher than the full financial year pre-COVID (i.e., 2019/20). Passenger revenue increased by 210 per cent over the last year, due to the growth of the Qatar Airways network, increase in market share and higher unit revenue, for the second financial year in a row. Qatar Airways carried 18.5 million passengers, an increase of 218 per cent over last year.

Qatar Airways Cargo remained the leading player in the world as its revenue experienced an impressive growth of 25 per cent over last year with the growth in cargo capacity (Available Tonne Kilometres) of 25 per cent annually.

The Group generated strong EBITDA Margin of 34 per cent at QAR 17.7 billion (US$ 4.9 billion). EBITDA was higher than the previous year by QAR 11.8 billion (US$ 3.2 billion) due to streamlined, agile and fit-for-purpose operations across all business areas. These record earnings are the result of decisions made during the pandemic to expand the Qatar Airways’ passenger and cargo networks, with a more accurate forecast of the global market recovery, building further customer and trade loyalty and product excellence combined with strong cost control.

Despite the challenges of COVID-19, the national carrier of the State of Qatar grew to more than 140 destinations in 2021/22, opening new routes including Abidjan, Côte d’Ivoire; Lusaka, Zambia; Harare, Zimbabwe; Almaty, Kazakhstan and Kano and Port Harcourt, Nigeria in addition to resuming flights to key markets across Europe, Africa, the Middle East and Asia. The company has operated continuously the largest network among all Middle Eastern airlines, as measured by number or destinations as well as weekly flights.

Minister of state for Energy and Qatar Airways Group Chairman, Saad Bin Sharida Al-Kaabi, said: “Qatar Airways Group has demonstrated a robust role in the aviation industry, and these financial results are a clear indication of the Group’s strong performance. Against challenges during the previous period, I am delighted by the achievements that have been accomplished this year and by the way the Group has swiftly responded to these challenges.”

Qatar Airways Group chief executive, Akbar Al Baker, said: “This year Qatar Airways Group celebrates a quarter of a century of history since its relaunch, whilst maintaining strong performance and growing profitability. Our commitment to providing the greatest choices to our passengers, maintaining the highest levels of safety in the industry and earning trust have made us proudly become the airline of choice for millions of travellers around the world. We have pursued every business opportunity and left no stone unturned as we aimed to meet our targets.”

“In 2021, we grew significantly to become the world’s largest global long-haul carrier in 2021 by RPKs. We also received the industry’s most prestigious accolade ‘Airline of the Year’ for a record-breaking sixth time in the Skytrax World Airline Awards in addition to recognition for the airline’s hub, Hamad International Airport as ‘Best Airport in the World’ 2021. The Qatar Airways Cargo division also earned three major industry awards including Cargo Operator of the Year at the ATW Airline Awards; Cargo Airline of the Year, and Air Cargo Industry Achievement Award at Air Cargo Week’s World Air Cargo Awards. These achievements not only highlight our exceptional brand reputation but also our outstanding hard work across the Qatar Airways Group family.”

“I am extremely proud of the decisions we have made to embrace efficiency and achieve strong cost control across several operational departments whilst engaging in environmental and sustainable initiatives. This has positioned us at the forefront in the field of sustainability, including environmental protection and social commitment. Our strategic investments in a varied fleet of modern, fuel-efficient aircraft has helped us overcome the significant challenges related to capacity constraints while balancing commercial needs as swiftly as possible.”

Google-Branded Tablet to Land in April