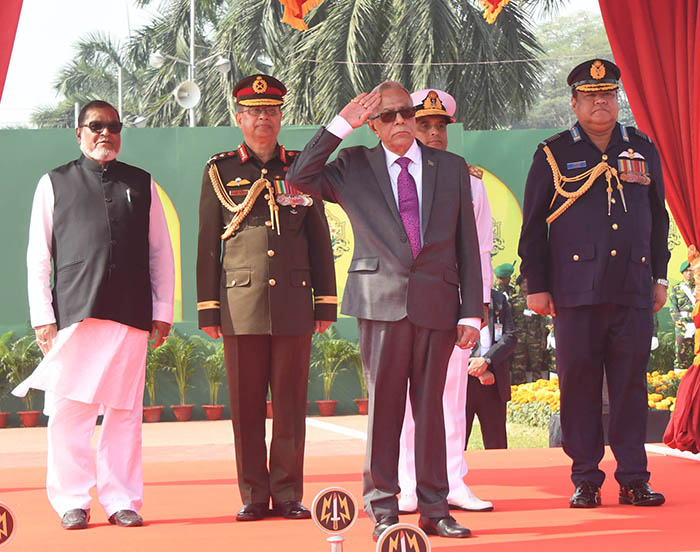 #thenewscompany – An attractive Victory Day Parade to celebrate the 46th anniversary of the country’s victory, that had been achieved through the War of Liberation against Pakistani occupation forces in 1971, was held in the city today.

Different contingents of Bangladesh Army, Navy and Air Force as well as Freedom Fighters’ contingent, Para-military forces, law enforcement agencies and various ministries of the government participated in the parade held at the National Parade Square.

President Abdul Hamid was present as the chief guest and took salute of the parade held under the auspices of the 9th Infantry Division of Bangladesh Army at Savar at the directives of Ministry of Liberation War Affairs and supervision of the armed forces.

Prime Minister Sheikh Hasina attended the parade and enjoyed the attractive march past, spectacular fly-past, aerobatic display and armoury acquisitions of different regiments and contingents of the armed forces.

On this day in 1971, Pakistani military conceded defeat to the Allied Forces and Commanding Officer of Pakistani Forces General A A K Niazi surrendered arms with all members of his forces ending nine month-long bloody war. 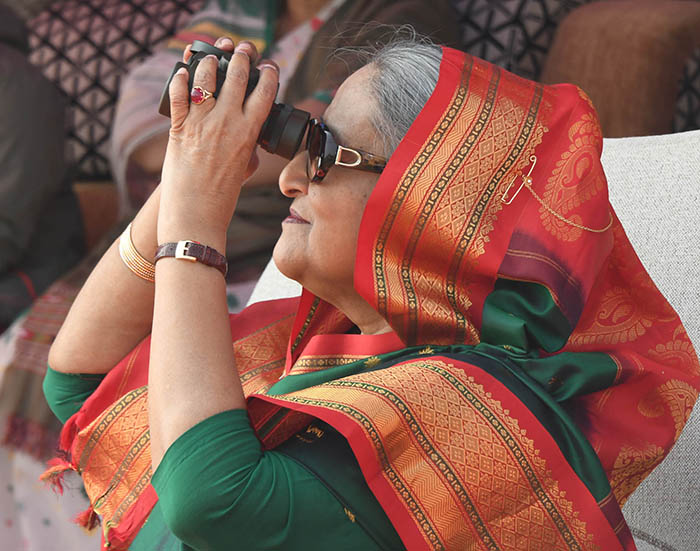 War veterans of India and Russia with their spouses, arrived in Dhaka to join the 47th Victory Day celebration of Bangladesh, also witnessed the parade.

The parade displayed the continuous development of the different civil and military organizations and socio-economic progress of the country and spectacular fly past and aerobatic display of the MIG 29 and other aircraft of army aviation, navy aviation and RAB helicopter and parachute landing by army paratroopers.

Later the President and the Prime Minister exchanged greetings with the senior military officials and commanders of various units participated in the parade ended with eye-catching fireworks show.

On the occasion the National Parade Ground was tastefully decorated with the images of the Father of the Nation Bangabandhu Sheikh Mujibur Rahman, President Abdul Hamid, Prime Minister Sheikh Hasina, four national leaders and seven Birshreshthas.