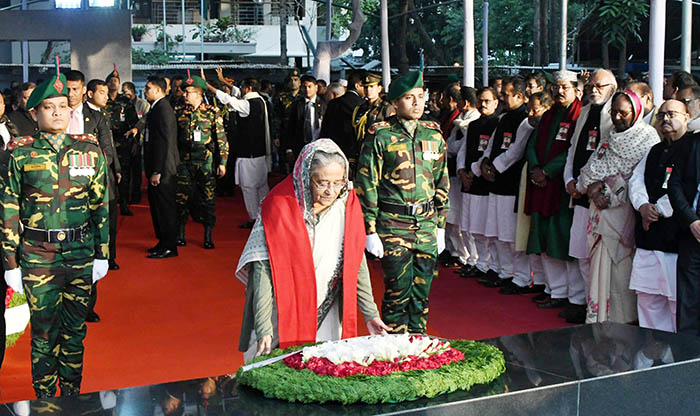 The premier paid the homage by placing a wreath at the portrait of the Father of the Nation in front of Bangabandhu Memorial Museum at Dhanmondi here this morning.

She stood in solemn silence there for some time as a mark of profound respect to the memory of the architect of the country’s independence.

Flanked by senior leaders of the party, Sheikh Hasina, the president of Bangladesh Awami League, placed another wreath at the portrait of the Father of the Nation as the party chief.

Local IT experts sit on ITEE for global recognition