Pakistan Shows Off Thunders In Paris 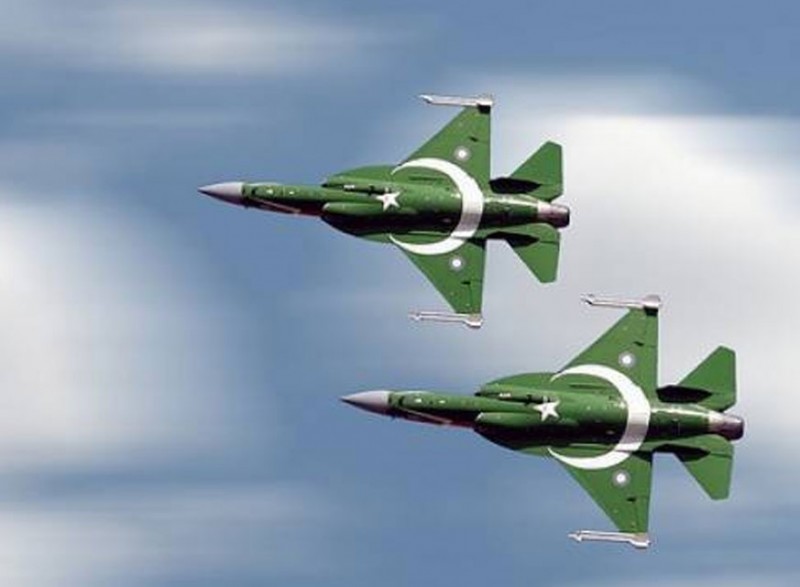 e-News® | The NEWS Company…Paris, June 17, 2015 : Pakistan air force top guns, Wing Cdr. Usman Ali and Sqn. Ldr. Yasar Mudasser-Aslam are showing off Sino-Pakistani fighter aircraft in the skies over Le Bourget. The two pilots are the nominated display crews for the JF-17 force in Pakistan and have put the aircraft through its paces during Pakistan Day celebrations in March. The display in Paris is their first in Europe, although the aircraft did appear in the static display of the Farnborough Airshow in 2010. But showing off the aircraft at the Paris Air Show posed a new set of challenges.

“The Paris Air Show flying display regulations have very stringent rules,” says Usman – call sign Thunder 1. “There is a maximum altitude of 4,000 feet and a minimum of 500 feet and sector minimas, so we have to keep to those limitations. But we push the aircraft to its limits. We are not holding back. We want to show the full envelope of the JF-17,” Usman said. Usman and Yasar experience 7-8 g during their maneuvers, which they practiced at their Peshawar base before traveling to France.

The air force brought three JF-17s to Paris, accompanied by a pair of C-130 Hercules carrying their ground equipment and personnel. The aircraft made six stops en route: Pakistan, the United Arab Emirates, two in Saudi Arabia, one in Turkey and one in Italy. The journey takes three days. “We are very happy to be presenting the JF-17 at an international forum,” Usman said.