BREAKING NEWS
Home Crime Obama: US and Iran have chance to mend ties 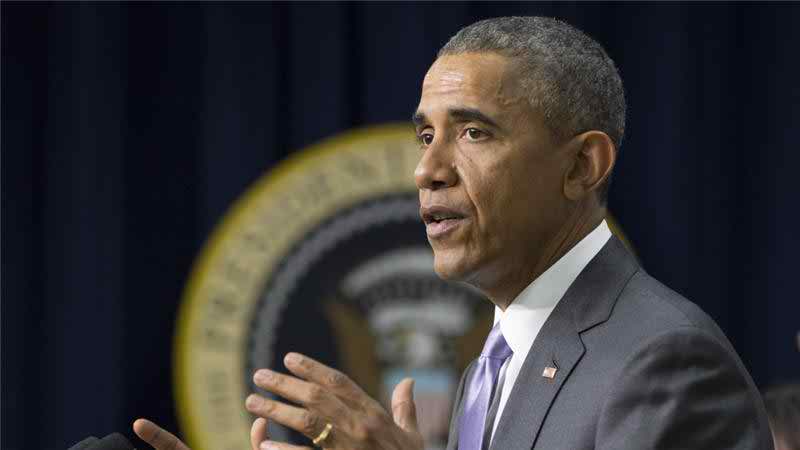 e-News® | The NEWS Company…DHAKA, March 20, 2015 : United States President Barack Obama has urged the people and leaders of Iran to seize the “historic” opportunity presented by nuclear talks and remake long-troubled ties between the two countries.

In a video message directed at Iranians celebrating the new year festival of Nowruz, Obama said on Thursday that “we have the best opportunity in decades to pursue a different future between our countries.” Negotiators in Switzerland are approaching the final stages of an agreement that would have Iran scale back its nuclear programme in return for relief from sanctions. But Obama’s Republican foes, allies Israel and in the Gulf – as well as hawks in Tehran – have voiced opposition to the agreement.

“There are people in both our countries and beyond who oppose a diplomatic resolution,” Obama said.

“My message to you – the people of Iran – is that together we have to speak up for the future we seek. “The days and weeks ahead will be critical. Our negotiations have made progress, but gaps remain.” Obama’s video was subtitled in Farsi and included a direct appeal to Iran’s large and youthful population, many of whom have known only antagonism between the US and Iran. The 1979 Iranian revolution and subsequent capture of US embassy hostages in Tehran led to a rupture in diplomatic relations that is only now starting to be repaired.

Iran’s Islamic leaders are accused of seeking a nuclear weapon – which they deny – have supported groups like Hezbollah and have called for the destruction of Israel. In Washington, a senior US Treasury official said the Obama administration would work with Congress to impose further sanctions on Iran if a nuclear deal is not reached. US lawmakers have been concerned the White House would cut Congress out of any deal, and would treat Iran too lightly. Western powers and their allies suspect Tehran of wanting to create an atomic weapons capability. Tehran denies that and says its nuclear ambitions are purely peaceful.