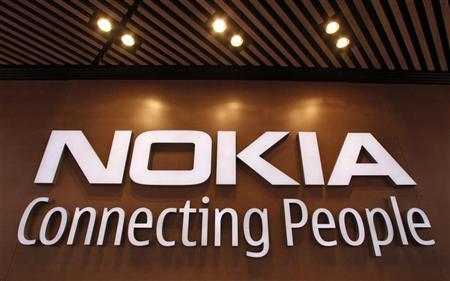 Wounded cellphone maker Nokia has turned on one of its former allies in the patent protection battlefield by filing lawsuits against rival smartphone maker HTC as it steps up its efforts to raise funds.

In the United States it filed against HTC and ViewSonic, including a complaint to the U.S. International Trade Commission (ITC) against HTC.

The moves follow Nokia’s comments last month that it will seek to raise more revenues from its patent portfolio.

It is also a departure from its alliance with HTC when it had for years fought alongside the Taiwanese company in patent battles against German patent firm IPCom.

HTC said it would not comment on the legal action until its lawyers had seen the filings. “HTC has been a licensee of Nokia on wireless essential patents since 2003. We are waiting to receive a complaint,” the company said in an emailed statement.

Nokia’s announcement of the newest round of smartphone lawsuits comes on the same day a court in Germany ruled that Microsoft had infringed Motorola Mobility’s patents.

Nokia has one of the widest patent portfolios in the industry, along with Ericsson and Qualcomm. It has gone through two major legal battles in the past, first against Qualcomm and then against Apple.

Terms of Nokia’s settlement with Apple in June 2011 were not disclosed but analysts put the figure at hundreds of millions of dollars.

In its complaint filed at the ITC on Wednesday, Nokia alleged that HTC infringed on nine of its patents and asked for the HTC Sensation 4G and Inspire 4G and eight other models of mobile telephones and two tablets to be banned from sale in the United States.

The patents are for technology like synchronizing information, including calendars, between the smartphone and mainframe computers, extending battery life and allowing mobile phones to be compatible with different signal systems.

Nokia also filed lawsuits in federal court in Delaware, accusing HTC of infringing on the same nine patents and adding nine additional patents, including technology for adjusting across time zones.

“Nokia proved the enormous strength of its patent portfolio by getting Apple to pay up after a protracted and acrimonious battle in multiple courts,” said patent expert and blogger Florian Mueller.

A ViewSonic representative said in an emailed statement that the company was aware of the legal action and was taking appropriate measures to protects its interests.