New Spy Tech Keeps Satellites From Bumping Into Each Other 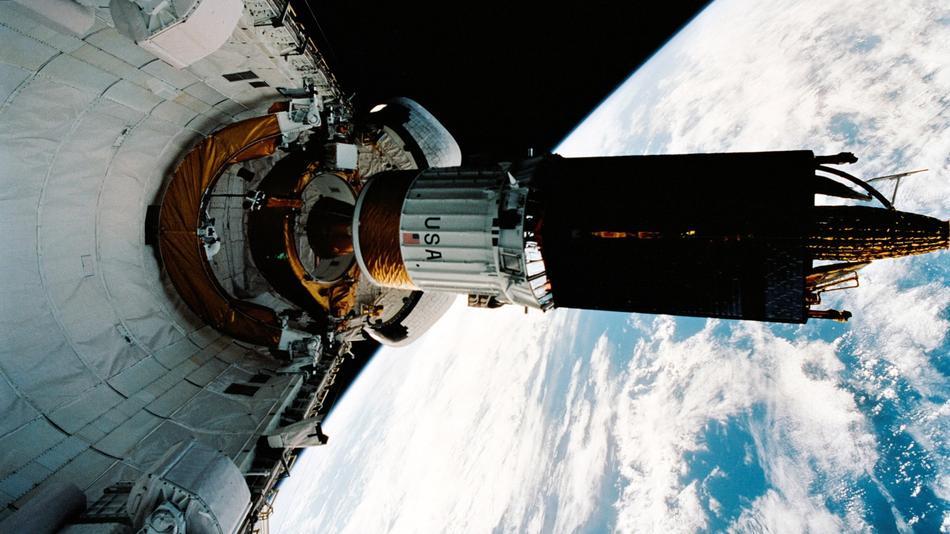 An Estonian software team has invented a program that will allow countries (or private space companies) to keep their satellites from bumping into each other without revealing the location of their own eyes in the sky. Known as Sharemind, the program recently completed a prototype demonstration with the Defense Advanced Research Projects Agency, which is funding the project with $700,000.

Sharemind uses a concept called “shared multi-party computation” that allows several users to combine and analyze secret data while keeping it that way.

“Sharemind is like a computer that does not see or understand the data,” said Dan Bogdanov, a researcher at the Tallinn-based software and IT firm Cybernetica.

For satellites, three separate servers, each one containing a different nation’s encrypted satellite data, would combine the data to predict the likelihood of future orbiting crashes. The idea is to prevent the 2009 fender-bender that knocked out satellites from both Iridium and the Russian military.

The same encrypted analytical program may also be used to help retailers know more about what their customers want to buy without revealing their identities, or powerful applications for personal financial and investment data.

Bogdanov said current computer programs can hide, store and secure data with encryption systems, but in order to analyze it, the information has to be decrypted.

“That makes it vulnerable,” said Bogdanov, who developed the program as a doctoral student at Tartu University. “We are trying to solve this problem by learning to program computations on encrypted data.”

Bogdanov used the example of the satellite trajectories problem as a rope containing three strands, none of which are useful on its own, but combined together they reveal the desired result. This video explains how Sharemind works.

“The cool thing about this is we do not reconstruct the secrets, we do not make them public to anyone,” Bogdanov said. “There will be no memory device were the information will be public.”

Shared third-party computation is a relatively new field that so far has been more of an academic exercise than a real-world application. But with Sharemind and other projects, the power of sharing secrets may become more commonplace.

At the University of Virginia, computer science professor David Evans is working on a shared third-party computation project that would take a person’s genomic information and compare it to studies of how various medicines work on people with different genotypes. The result is a personalized drug treatment that would not require the patient to share his or her information with the pharmaceutical company (or insurer), according to Evans.

“There are lots of interesting medical things you could do with that information, such as correlations between (DNA) sequences or different outcomes, all of these have great medical benefits,” Evans said. “But people view their genome as private data.”

As for Sharemind, Evans notes that using shared third-party computation would require a great deal of trust between users. Any attempt to collude with another party, or cheat by giving false data points could disrupt the whole program.

“If one country decides I’m going to report the wrong results, everybody else would get the wrong answer and not know they were getting the wrong answer,” Evans said. “But maybe for satellites, all participants have a common interest and so they are highly motivated to do what they are supposed to do.”

Bogdanov responded that the program cannot make people be truthful, but there are ways to detect fake entries.

Cybernetica is hoping to unveil Sharemind later this year as a way for various agencies of the Estonian government to share education, unemployment and income data without revealing too much about the nation’s citizens. The goal would be to better target delivery of social services.