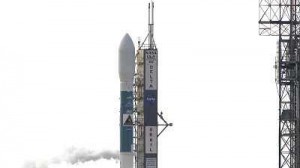 A pair of spacecraft intended to orbit the moon and measure its gravity will not lift off until Saturday.

High wind halted the countdown then, and Nasa initially changed the launch date to Friday. But it then delayed it further until Saturday morning local time.

None of the world’s previous 109 moon missions has been dedicated to lunar gravity like Grail.