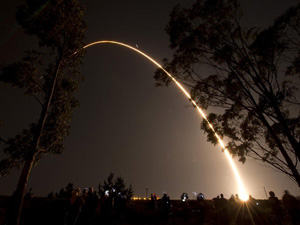 NASA’s newest Earth-observing satellite soared into space, aboard a Delta II rocket, after lift-off from Space Launch Complex 2 at Vandenberg Air Force Base in California.

“NPP is critical to our understanding of Earth’s processes and changes,” said NASA deputy administrator Lori Garver. “Its impact will be global and builds on 40 years of work to understand our complex planet from space. NPP is part of an extremely strong slate of current and future innovative NASA science missions that will help us win the future as we make new discoveries.”

Scientists will use NPP data to extend and improve upon EOS data records.

Design your own logo FREE

The New KING for Netherlands