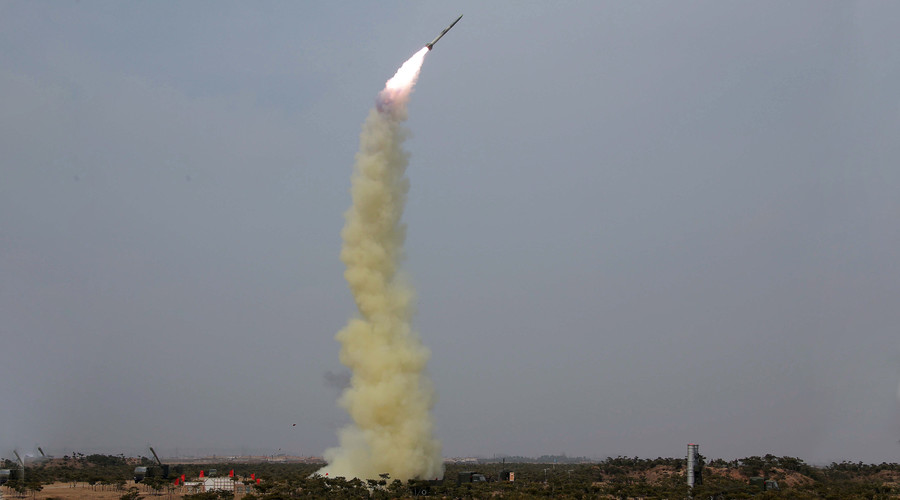 #thenewscompany– North Korea has upped its testing activities in recent weeks, with the latest test being carried out on an anti-aircraft weapon. Leader Kim Jong-un personally visited the site, calling the test another demonstration of the country’s military prowess. KCNA reported this latest test on Saturday, as Pyongyang continues to expand its ballistic and other capabilities amid growing unease from its neighbors it threats to destroy.
The latest test took place just as Washington was in the midst of a security summit where North Korea was one of the main topics. A tit-for-tat game usually involving military drills between the US and its regional allies have normally been responded to with threats and new tests by Pyongyang in recent years. Kim slammed President Barack Obama’s summit with Japan and South Korea as “nonsensical,” adding that the pressure the West has been exercising is in violation of its right to “legitimate access to nuclear weapons.”
The US leader also met with China’s Xi Jinping – North Korea’s closest partner in a sea of rivals. The April 2 test of the new anti-aircraft rocket system saw mock targets being hit. North Korean media said: “The test verified that the feasibility of the new type AA guided weapons system is perfect in light of the latest military sci-tech requirements.”
Kim expressed “great satisfaction over the successful test, terming the success another striking demonstration of the validity of the Party’s policy of attaching importance to the science and technology of national defense and the rapidly growing defense capability of the DPRK.” The country continues to face ever more stringent UN sanctions for its ballistic tests, which it is already banned from carrying out.

Apple gets OK to use Swiss railway clock design

U.S. Navy to field first laser weapon, could shoot down a drone

Siemens to sharpen its game with $7.7 billion of savings