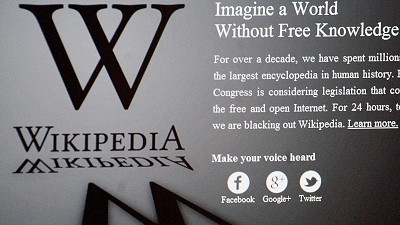 Online encyclopedia Wikipedia is set to launch a new project aimed at covering every aspect of life in one Welsh town.

Monmouth in south Wales will become the first “Wikipedia town” and the Monmouthpedia will feature all notable places, people, flora and fauna.

Wikipedia has urged people to contribute articles and photographs on as many aspects of life in Monmouth as possible. Smart phone technology will then allow users to scan barcodes at points of interest and have information about the landmark sent to their mobiles in their own language.

Wikimedia UK, the charity body that promotes Wikipedia and other wiki projects in the UK, has funded the project along with Monmouthshire County Council.

On Saturday Monmouth Library will host drop-in sessions so people can learn to edit Wikipedia before the signing of the agreement between Monmouthshire County Council and Wikimedia UK to create the world’s first Wikipedia town.

Roger Bamkin, a director of Wikimedia UK and co-creator of QRpedia, said: “We’re delighted that Monmouth is becoming the world’s first Wikipedia town.

“Both the quality and quantity of the new Monmouth Wikipedia content is outstanding, reflecting the rich cultural, historical and natural heritage of the town. At last foreign visitors can not only read information in their own language, but they can edit it too.”

Residents, businesses and volunteers have created hundreds of new articles about Monmouth in 25 different languages, as well as improving hundreds of others. Kellie Beirne, Monmouthshire County Council’s chief officer for regeneration and culture, said the project had already boosted tourism.

“I’m really excited by the Monmouthpedia project. Bringing a whole town to life on Wikipedia is something new and is a testament to the forward-thinking people of Monmouth, all of the volunteers and the Wikimedia UK team. I’m looking forward to seeing other towns and cities doing the same thing.”