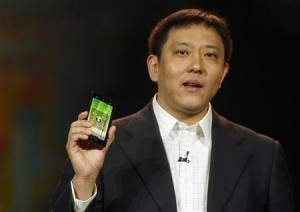 Lenovo Group Ltd, the world’s No.2 PC maker by sales, said on Monday that it will invest about 5 billion yuan ($793 million) over the next five years in an integrated mobile devices facility in China to meet rising global demand for smartphones and tablet computers.

The Lenovo (Wuhan) Industrial Base, located in the city of Wuhan in central Hubei province, will carry out research and development, production and sales of mobile devices such as the company’s LePhone smartphones and LePad tablet computers for China and global markets.

The facility is scheduled to begin operations in October 2013, Lenovo said in an emailed statement.

Lenovo, one of China’s best-known consumer brands, has been attempting to make inroads into the booming mobile devices market, where it competes with Apple Inc, Huawei Technologies Co Ltd, Samsung Electronics Co Ltd and ZTE Corp.

Lenovo said sales from the industrial base were projected to reach 10 billion yuan by 2014, and to rise to 50 billion yuan within the next five years.

In the fiscal third quarter ended December, Lenovo shipped 400,000 tablets globally and 6.5 million handsets, including smartphones, executives said on March 3. Lenovo is the No.2 tablet brand in China behind Apple.

Lenovo’s sales of mobile internet and other digital consumer devices rose 159 percent year on year to $565 million in the quarter, largely from mobile handset sales in China.

Mymensingh people happy to get division