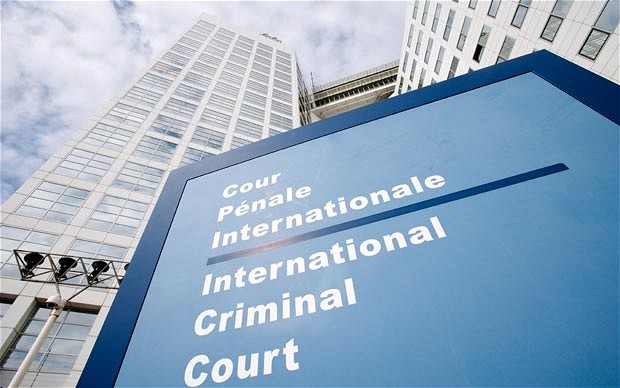 AMSTERDAM — An Islamic rights group is urging the International Criminal Court in The Hague, Netherlands, to investigate the government of Bangladesh for alleged crimes against humanity for persecuting its political foes.

British lawyer Toby Cadman said he filed the request on behalf of the International Coalition for Freedoms of Rights a month after Bangladesh Prime Minister Sheikh Hasina’s party won an election marred by violence and a boycott by the main opposition party.
International Criminal Court prosecutor Fatou Bensouda will decide whether to launch an investigation after studying the application.

Tejshree Thapa, Asia researcher for Human Rights Watch, said Tuesday the group is concerned about the potential for escalating violence in Bangladesh, especially after the January elections. She said it was impossible to know whether violence in Bangladesh has been sufficient to merit an International Criminal Court investigation, and urged the government itself to investigate “abuses by both opposition groups as well as extrajudicial killings and ‘disappearances’ by government security forces.”

“It is clear that since the current Awami League government first came to power in 2009 there have been hundreds of deaths” caused by government forces, the filing said. “Numbers are difficult to quantify due to the absence of credible investigations and the inability of the media and international non-governmental organizations to properly document crimes.” In Bangladesh’s capital on Tuesday, Bangladesh Nationalist Party leader Khaleda Zia told reporters that 242 opposition activists were killed and 60 disappeared in the month surrounding the Jan. 5 elections that Hasina’s party won. Zia called the violence a strategically planned operation, and she presented references from different reports of local and international human rights groups in support of the claim.

Requests for a response from Bangladesh’s foreign ministry and Hasina’s office went unanswered Tuesday. In the past, Cadman has represented the small Islamist party Jamaat-e-Islami, an ally of the Bangladesh Nationalist Party. In January, the European Parliament adopted a resolution calling on the BNP to break ties with Jamaat and branding it as one of the main instigators of violence in Bangladesh.

The International Coalition for Freedoms of Rights that Cadman is representing was formed in Istanbul, Turkey, last year after the military coup that removed Egypt’s former Islamist President Mohammed Morsi from office. The organization is closely associated with Islamist legal efforts to prosecute the coup leaders.