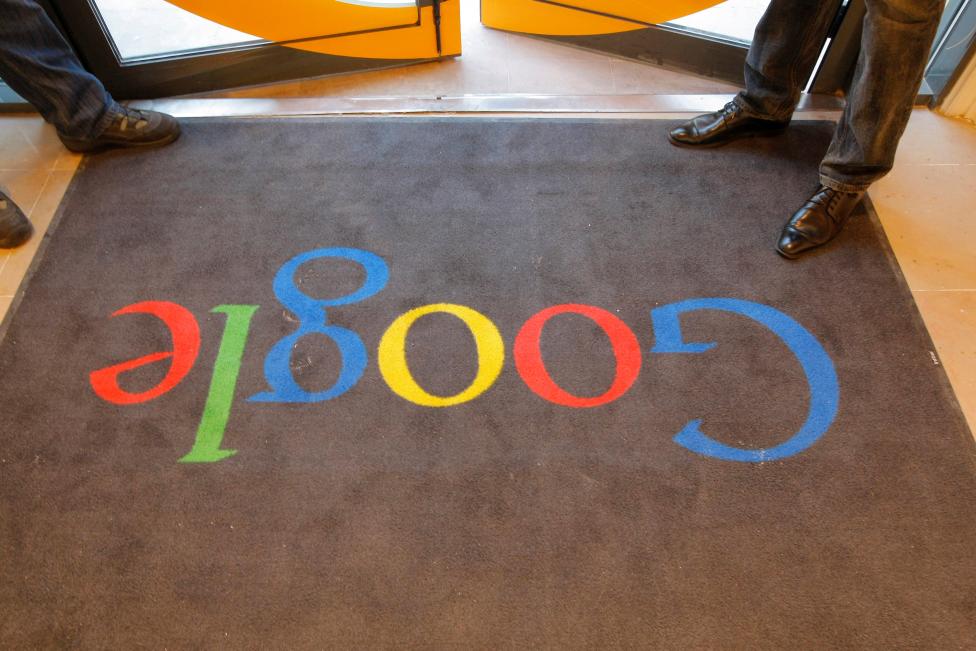 A Google carpet is seen at the entrance of the new headquarters of Google France before its official inauguration in Paris, France December 6, 2011. REUTERS/Jacques Brinon #thenewscompany

Google said it was fully complying with French law. Facing public anger at the way multinational companies use their footprints around the world to minimize tax, France, Britain and others have sought ways to make sure Google, Yahoo! and other digital giants, who often have their tax bases in other countries, pay their taxes locally. Investigators from the financial prosecutors office and France’s central office against corruption and tax fraud, accompanied by 25 IT specialists, took part in the raid.

“The investigation aims to verify whether Google Ireland Ltd has a permanent base in France and if, by not declaring parts of its activities carried out in France, it failed its fiscal obligations, including on corporate tax and value added tax,” the prosecutor’s office said in statement. Google has based its regional headquarters in Dublin where corporate tax rates are lower than elsewhere in Europe. The company, now part of Alphabet Inc, has been under pressure in recent years over its practice of channeling most profits from European clients through Ireland to Bermuda, where it pays no tax on them.

The raid was carried out as part of an investigation that started in June last year.

“We are cooperating with the authorities to answer their questions,” Al Verney, a spokesman for Google in Europe, said in an email. Google Executive Chairman Eric Schmidt approached for a reaction at a conference in Amsterdam, declined to comment. Investigators started their investigation of Google’s offices in central Paris at 5 A.M., a source close to the finance ministry said. France is seeking some 1.6 billion euros ($1.8 billion) in back taxes from U.S. Internet giant Google, criticized for its use of aggressive tax optimization techniques, another finance ministry source had said in February.

Google had agreed in January to pay 130 million pounds in back taxes to Britain, prompting criticism from opposition lawmakers and campaigners.

Egyptian court takes the freedom of the press in the dust