HP TouchPad To Include Digital Publication for Discovering Apps 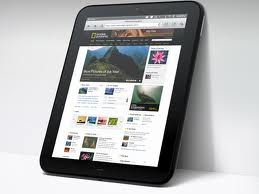 When HP’s webOS-based TouchPad makes its debut on July 1, it will ship with a new way for users to discover various apps for the platform, webOS Pivot. HP says it has designed Pivot to complement the webOS App Catalog.

Pivot is basically a digital publication designed to help users discover different types of apps and content and to give developers more exposure. Every month, HP says it will publish Pivot, and that it will “include visually driven editorial pieces, columns from notable guest writers sharing their perspectives on digital culture, feature stories focused on applications around specific topics, and in-depth reviews.”

Pivot will be published in English, French, German and Spanish, and will be updated over the air on TouchPad devices.

Building its own device magazine and building that into the platform seems like a smart move for HP. App discovery is a frequent pain point for app developers and end users. Having an editorially curated source to showcase apps and offer reviews could ease some of that pain.

It’s also possible that HP is hoping to lure more developers into its ecosystem by showing them that there are more opportunities for promotion.

We’re really excited about the HP TouchPad and can’t wait to see what webOS looks like on a larger screen device. Of all the mobile operating systems, webOS has always struck us as the most “tablet ready” from the offset and the preview videos look really enticing.