How Does Pollution Affect the Environment 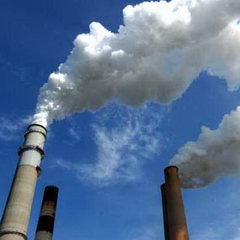 The need to implement various measures to save planet Earth has become even more urgent as we continue to inch towards an obvious disaster that we have created for ourselves. Carbon dioxide concentration in the Earth’s atmosphere has reached 386.3 parts per million (ppm) from 280 ppm in 1970s. Similarly, the concentration of greenhouse gases such as CFC-11 and CFC-12, which were not present in the atmosphere at all in 1970s, has reached an alarming 243 ppm and 537 ppm respectively today. This intense rise in atmospheric concentration of these greenhouse gases can be attributed to environmental pollution to a significant extent, and therefore one has to understand the broad concept that environmental pollution is in order to understand how does pollution affect the environment.

In a broad sense, the term environmental pollution encompasses the pollution of various biological and physical components of the Earth, such as air, water, soil, etc. These components of the planet get polluted when certain contaminants are released into them as a result of various human activities. While the natural causes of pollution such as volcanic eruption and methane gas release do exist, they are relatively less severe as compared to their anthropogenic or human induced counterparts. The most common forms of pollution on this planet are:

How Does Pollution Affect the Environment? 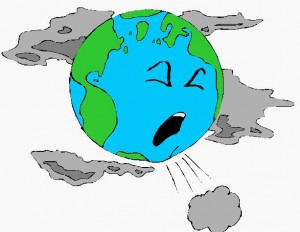 Air Pollution: This is by far one of the most widespread forms of pollution, and the effects of the same are also quite severe. When it comes to health hazards, the effects of air pollution include a wide range of diseases, right from viral infection to life threatening conditions such as heart attacks. Other than this, air pollution also has adverse effects on the environment in which we live. It has the tendency to cause severe environmental issues such as global warming and acid rain. Wondering how does pollution affect global warming? As we mentioned earlier the amount of greenhouse gases in the atmosphere is increasing rapidly, and this increase in their concentration is trapping the radiations of the Sun and causing the global temperatures to soar.

Water Pollution: Water is one of the basic necessities when it comes to existence of life on the planet, and therefore pollution of same is bound to impact the numerous species which are dependent on water directly or indirectly. As in case of air pollution, even the effects of water pollution on humans revolve around various health disorders. The pollutants which contaminate various water sources reach our body even if we don’t come in contact with the polluted water directly. For instance, fish species get contaminated as a result of oil spills, and the same contaminants enter our body when we consume this fish.

Soil Pollution: Like water, even soil is one of the major components of the planet as it supports plant life. Plants are important for the existence of humans and other lifeforms because only they have the ability to prepare their own food by means of photosynthesis, while other lifeforms (including humans) depend on them for our energy requirements. As a result of this, understanding soil pollution causes and effects is of immense importance. Some of the major effects of soil pollution on the environment include decrease in soil fertility, disruption of food chain, toxic crop produce, etc.

Attacks on civilians in Bangladesh must stop: John Kerry