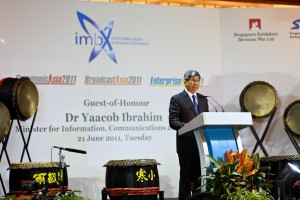 CommunicAsia2011, EnterpriseIT2011 and BroadcastAsia2011 Close With Strong Results Positive visitor growth and exhibitor feedback are testament to the continued relevance of the shows

SINGAPORE – More than 56,000 industry visitors, conference speakers and delegates, exhibiting staff and media from around the world attended CommunicAsia2011 and BroadcastAsia2011 between 21 – 24 June. 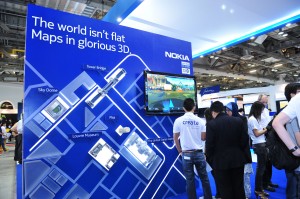 “Each year we endeavour to evolve the content, offerings and format of CommunicAsia and BroadcastAsia, and exhibitors and visitors continue to endorse our efforts through their regular participation in the shows,” said Mr. Stephen Tan, Chief Executive of show organiser, Singapore Exhibition Services (SES).

“This year the strong line-up of companies on the show floors and distinguished speakers at the conferences and workshops reinforced the positioning of CommunicAsia and BroadcastAsia as the premier launch pad and networking ground in Asia for the international business market.” 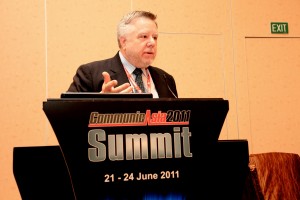 Making its debut was the Huawei MediaPad, the world’s first 7-inch IPS touch-screen tablet, which will run on Google’s Android 3.2 operating system. The significance of Nokia’s return to CommunicAsia after a decade-long absence was also marked by the launch of the new N9 smartphone, as well as a showcase of the company’s latest suite of mobile devices and services.

Mobile application developers such as Falcon Interactive, Myriad, Nokia, Stream Media, VeriFone and Mobiquest made their presence felt at CommunicAsia2011, and companies such as NTT DoCoMo excited the crowd with their Augmented Reality mobile applications that allow two or more people to view the same virtual objects in real-time.

110 of the world’s satellite players such as AsiaSat, C2Sat, GE Sat, Intelsat and Tata Communications showcased their wares and services to keen visitors, and the national ICT capabilities were showcased at 26 group pavilions.

“This was our first time exhibiting at CommunicAsia and we were impressed by the event. Not only were we able to showcase the ICT technologies available in Thailand, but we also received some good business prospects and collaboration opportunities for the ten companies that are exhibiting under TRIDI. We will definitely be back next year to showcase what Thailand has to offer,” said Dr. Supot Tiarawut, Director of debut exhibitor, Telecommunications Research and Industrial Development Institute (TRIDI).

Setting the Stage for Revolutionary Displays at BroadcastAsia2011

“The quality of the visitors to BroadcastAsia2011 surpassed previous years and we were kept busy meeting prospective customers throughout the four days. We applaud Singapore Exhibition Services for bringing in strong, serious buyers, and for putting together yet another fantastic show,” said Ms. Joyce Quark, Channel & Marketing Manager, Harmonic.

At the inaugural Cinematography/Film/Production Zone, industry players such as BlackMagic Designs, Canon, Cine Equipment, The Media Village and Quantel convened to showcase the latest inventions and technology upgrades in 3D, HD, motion/film production and post-production software that maximise production efficiency without compromising on quality.

Advancing the Shared Future of the Industry

Over the four-days, more than 250 industry luminaries addressed pertinent issues and challenges affecting the broadcasting, media and ICT industries at the CommunicAsia2011 Summit, BroadcastAsia2011 International Conference and Creative Content Production Conference. These knowledge-sharing opportunities provided delegates with invaluable opportunities to network with industry experts and thought leaders from across Asia and the rest of the world.

“The success of the event is a direct outcome of the strength of our exhibitors, and the unparalleled quality of networking and discussions at the conferences and workshops,” said Mr. Stephen Tan. “We are pleased with this year’s event turnout and with the positive responses it generated, and look forward to planning for the next editions.”

e-News® | TecH News NETWORK, has been invited to cover the complete event CommunicAsia2011, EnterpriseIT2011 and BroadcastAsia2011 from Bangladesh and has been authorised to share the contents for SAARC Countries and SW, LONDON, UK.

Gadgets could run on knee power