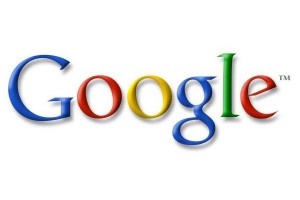 Google Inc is pondering an Internet service to help consumers shop online and take advantage of same-day delivery, hoping to stanch the loss of Web traffic to Amazon.com Inc, the Wall Street Journal reported on Thursday.

The Internet search leader is in talks with major retailers and shippers, including Macy’s, Gap Inc and OfficeMax, to set up the service, the newspaper cited people familiar with the matter as saying.

Google may be casting a wary eye on the popularity of Amazon.com’s Prime service — which offers free two-day shipping for $79 a year in the U.S. — fearing it will entice away the Web traffic it depends on from its own sites.

About 40 percent of Google’s revenue comes from retail sources, according to Scot Wingo, chief executive of e-commerce company ChannelAdvisor.

Amazon Prime has been such a big success in recent years that it has begun to threaten this big chunk of Google’s revenue, Wingo explained.

“Once a consumer joins Amazon Prime, their searches for products at Google have to decrease precipitously,” Wingo wrote in a blog on Thursday. He owns Google and Amazon shares.

“As a Prime user, I only look for products on Google and other channels if I can’t find it on Amazon,” Wingo added. “Amazon has created a lock-in and they have the world’s best product search engine. That’s 40 percent of the Internet that Google really can’t afford to lose serious share on.”

Google’s plan under consideration stops short of selling directly to consumers, the Journal cited a person familiar with the matter as saying.

Google will instead work with retailers’ websites, combining an existing product-search feature that directs shoppers to those sites, with a new shipping service that it intends to create and oversee, the Journal reported.

That new feature is designed to determine if a nearby physical store has a desired product in stock. Google could then offer the consumer an option to receive their goods within a day or two, for a fee, the newspaper said.

Google plans a test trial in the San Francisco Bay area for the new initiative, which could also involve United Parcel Service Inc, the Journal added.

Google still dominates when shoppers are searching for products to buy on the Internet. Handling the next steps, such as purchasing and getting items delivered, makes sense, said Eric Best, chief executive of e-commerce firm Mercent.

However, Amazon owns inventory and runs a massive chain of warehouses, so it tightly controls the process of taking orders and delivering goods.

Google would instead rely on third-party logistics companies to handle these fulfillment steps, Best said.

“Ensuring third-party partners perform to high service levels will be the biggest execution risk,” Best added. “Consumers will need to have a similar experience to what they already get with Amazon.”

IBM the pioneer in technology, 100 years of "Think"