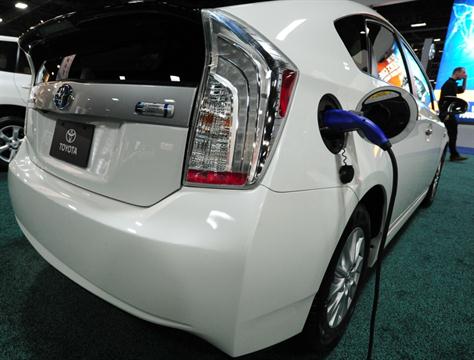 Scientists in Germany have come up with a new fluid for cooling the expensive batteries in electric cars and thereby extending their life, another potential step in improving the cost efficiency of electric propulsion.

The fluid, dubbed CryoSolplus, absorbs heat more effectively than either air or water and could allow for tighter packing of batteries under the hood, according to a team of researchers at the Fraunhofer Institute for Environmental, Safety and Energy Technology in Oberhausen.

A new battery pack for an electric car can cost as much as half the total price of the vehicle and operating it at 45 degrees Celsius, as in a normal drive on a hot day, rather than at the top end of its comfort zone between 20 and 35 degrees, can halve its service life.

Currently, batteries are either not cooled at all, including those systems where batteries can be swapped out for a fully charged replacement at a service station, or they are air-cooled.

Air, the researchers said, isn’t a very efficient absorber of heat and its circulation needs wide spaces between the batteries. Water is a better heat conductor, but needs a large storage tank.

The Fraunhofer scientists say their CryoSolplus concoction, a mix of water, paraffin, anti-freeze and a stabilization agent, can absorb three times as much heat as water, therefore needing a much smaller storage tank and saving weight and space.

They now plan tests on an experimental vehicle, but believe a system based on CryoSolplus should only cost 50 to 100 euros more than one that uses water.

“The main problem we had to overcome during development was to make the dispersion stable,” said Tobias Kappels, one of the Fraunhofer scientists.

As the new fluid absorbs heat, the solid paraffin droplets in it melt and store heat in the process. They solidify again when the solution cools.

The stabilizing agent is needed to ensure these solid droplets of paraffin stay evenly distributed within the fluid. It stops them clumping together or floating to the surface because they are lighter than water.