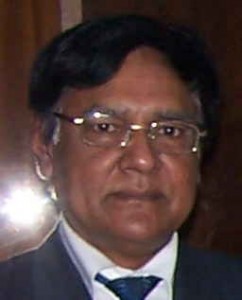 Petrobangla Chairman Dr. Hussain Monsur on Tuesday suggested the country’s power sector operators not to be hopeful of getting adequate gas supply to feed their power plants planned to be installed by 2015.

“I should say, they should not be hopeful of getting the required gas for their plants,” he said while responding to a question at a press briefing at Petrobangla on performance of the gas sector during the three years under the Awami League led grand alliance government. Power System Master Plan prepared by Power Division has projected generation of 13,000 MW electricity of which 7,000 MW by gas-fired plants.

The statement of Petrobangla chief manifests lack of coordination among the relevant actors in preparing the Master Plan. Hussain Monsur admitted that there is enormous corruption taking place in giving illegal gas connections although there is embargo on new connections. “The corrupt officials and employees are very strong …. We’ve urged the government to deploy more magistrates to snap illegal connections,” he said.

He, however, claimed that during the last three years gas production capacity has increased by 505 MMCFD while actual production was raised by 320 MMCFD. During the same period, production at different gas fields has reduced by 185 MMCFD for obvious reasons. He projected that the country’s demand for gas will go up to 3,043 million cubic feet per day (MMCFD) by July next and 3,341 MMCFD in by July 2013 from the present demand of 2,500. At present, the highest total gas production is 2067.4 MMCFD from 18 gas fields while shortage is more than 436 MMCFD.

Election would not be held before 2019: Tofayel