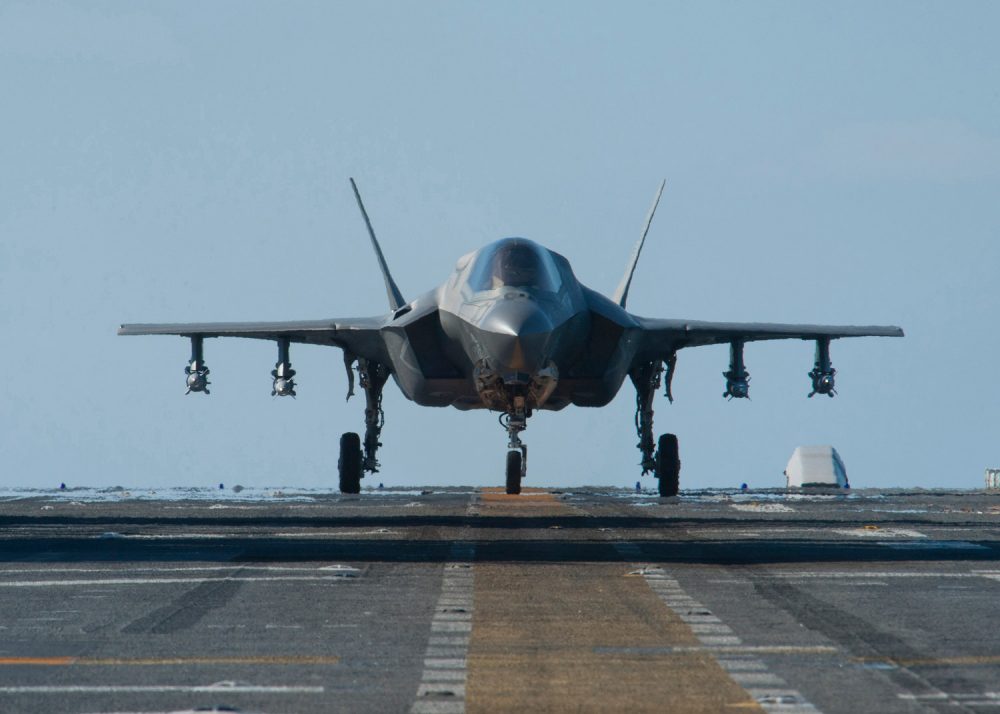 The marines comprising the VMX-1 maintenance team have been learning and testing F-35B maintenance procedures for approximately two years. During the engine swap on the USS America, the team spent a week on the initial swap, making sure to account and track for each step of the process by entering each maintenance step into the Autonomic Logistic Information System (ALIS) – a system that gives the F-35 team the ability to plan ahead, and maintain and sustain aircraft subsystems over the life of the aircraft.

Tests such as an engine swap are important, as those involved with the F-35B learn more about the aircraft and its capabilities. Results from early tests allow those assessing the aircraft to make adjustments to improve the efficiency of such actions for fleet maintainers.

Bangladesh-born UK citizen held over IS, Nusra link in city