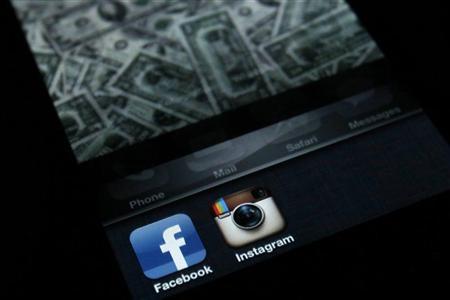 Facebook Inc is proposing to combine user data with that of recently acquired photo-sharing service Instagram, and will loosen restrictions on emails between members of the social network.

Facebook also said on Wednesday it is proposing to scrap a 4-year old process that can allow the social network’s roughly 1 billion users to vote on changes to its policies and terms of services.

Facebook said it may share information between its own service and other businesses or affiliates that Facebook owns to “help provide, understand, and improve our services and their own services.”

One of Facebook’s most significant affiliate businesses is Instagram, a photo-sharing service for smartphone users that Facebook acquired in October for roughly $715 million.

The change could open the door for Facebook to build unified profiles of its users that include people’s personal data from its social network and from Instagram, similar to recent moves by Google Inc. In January, Google said it would combine users’ personal information from its various Web services – such as search, email and the Google+ social network – to provide a more customized experience.

Google’s unified data policy raised concerns among some privacy advocates and regulators, who said it was an invasion of people’s privacy. A group of 36 U.S. state attorney generals also warned in a letter to Google that consolidating so much personal information in one place could put people at greater risk from hackers and identity thieves.

Facebook said it wanted to eliminate a setting for users to control who can contact them. The company said it planned to replace the “Who can send you Facebook messages” setting with new filters for managing incoming messages.

Asked whether such a change could leave Facebook users exposed to a flood of unwanted, spam-like messages, Facebook spokesman Andrew Noyes said that the company carefully monitors user interaction and feedback to find ways to enhance the user experience.

“We are working on updates to Facebook Messages and have made this change in our Data Use Policy in order to allow for improvements to the product,” Noyes said.

Facebook’s changes come as the world’s largest social networking company with roughly 1 billion users has experienced a sharp slowdown in revenue growth. The company generates the bulk of its revenue from advertising on its website.

The changes are open to public comment for the next seven days. If the proposed changes generate more than 7,000 public comments, Facebook’s current terms of service automatically trigger a vote by users to approve the changes. But the vote is only binding if at least 30 percent of users take part, and two prior votes never reached that threshold.

Facebook has said in that past that it was rethinking the voting system and on Wednesday Facebook moved to eliminate the vote entirely, noting that it hasn’t functioned as intended and is no longer suited to its current situation as a large publicly traded company subject to oversight by various regulatory agencies.

“We found that the voting mechanism, which is triggered by a specific number of comments, actually resulted in a system that incentivized the quantity of comments over their quality,” Elliot Schrage, Facebook’s vice president of communications, public policy and marketing, said in a blog post on Wednesday.

Instead of the vote, Facebook will look for other forms of user feedback on changes, such as an “Ask the Chief Privacy Officer” question-and-answer forum on its website as well as live webcasts about privacy, safety and security.

Facebook, Google and other online companies have faced increasing scrutiny and enforcement from privacy regulators as consumers entrust ever-increasing amounts of information about their personal lives to Web services.

In April, Facebook settled privacy charges with the U.S. Federal Trade Commission that it had deceived consumers and forced them to share more personal information than they intended. Under the settlement, Facebook is required to get user consent for certain changes to its privacy settings and is subject to 20 years of independent audits.

First Chinese assembled A320 with Sharklets goes to China Eastern